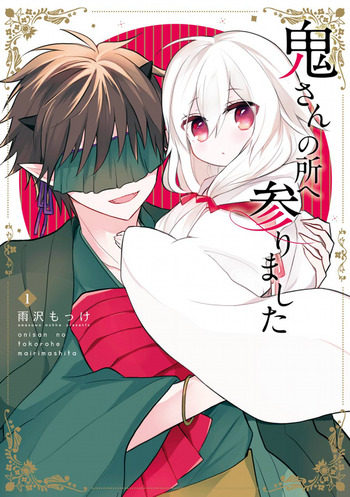 Story is short but worth reading.. 😋😋😋😋 I suggest everyone  give it a try I believe you'll love it.

The primary heart-warming aspect is the idea of somebody who has experienced rejection and tragedy suddenly being loved and accepted for who fe is. This is most obviously done with Hinata, with feir previous unfortunate circumstances being brought up recurringly throughout the series, but Oni-san's backstory (as seen in the final chapter) is also tragic and fe also experiences that sense of acceptance from Hinata. Hinata says multiple times that fe would be fine with being eaten, because feir previous life was filled with emptiness and Oni-san gave fem a sense of being valued. It's actually pretty heavy-handed. It's just a constant validation of feelings and barrage of expressions of gratitude and warmth. It's a very shallow story with the sole goal of trying to evoke a sense of sweetness and wholesomeness.

We are supposed to assume that the sense of appreciation on Hinata's side and the sense of protectiveness on Oni-san's side both developed into feelings of love, but I don't think this transition is actually portrayed very well. I also am not really on board with this relationship becoming romantic in the first place, since Hinata is a literal child. Onlookers within the manga justify it to themselves because "it's cute," but I don't really find an adult taking advantage of a child's lack of mental maturity to be very cute. I also found Hinata's understanding of what it meant to be a "wife" to be somewhat steeped in misogyny (e.g. fe sees cooking and cleaning as wifely duties). And I'm not even sure why Oni-san suggested that Hinata be a "wife" at all. Like, it makes zero sense for that to be their relationship if you think about it for more than two seconds. Hinata could've just lived with fem, with no familial relationship. Nothing's stopping them from doing that. But if Oni-san felt a familial bond was necessary, why wouldn't fe have chosen to adopt Hinata as a daughter? Was Oni-san hoping that Hinata would do maid-like chores around the house, but for free because fe saw it as wifely duties (because that's what ended up happening)? Or was Oni-san sexually/romantically attracted to a literal child and hoping to be able to develop their relationship into a more adult form over time?

The more you think about it, the less cute this whole set-up becomes. But it wasn't intended to be thought about on any sort of deep level. Like I said before, it's just a very shallow story trying to evoke a sense of sweetness.