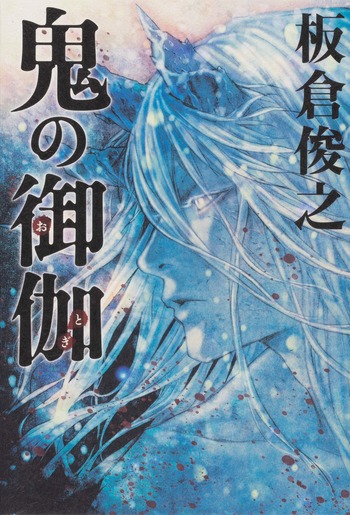 If you're looking for anime similar to Oni no Otogi (Light Novel), you might like these titles.

Elsie and Haqua fly through the air, trying their best to capture a demon!

The angel Phoenix stands up to a mad Zeus who wants to spread darkness over the world. With the help of his friends, Phoenix goes in search for magical lithographs to prevent the resurrection of the most terrible monsters of all times; the Zaikroids.

Meet Laharl, prince of the Netherworld - a place where battles rage, even at the cost of crumbling buildings into dust. With Etna attempting to wake the young demon lord from his slumber through all manner of methods, an assassin angel from heaven endeavoring to claim the spotlight and mid-level bosses trying to gain more notoriety than they deserve, the Netherworld has never been so busy.