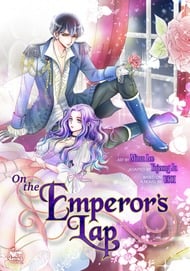 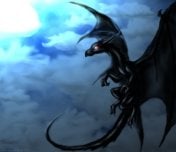 For any women reading, I have some love advice: If the guy you fancy sells you to a noble woman on a whim who beat and scarred you in exchange for a castle, tortured then killed a precious person who gave their life to protect you from him, and overall shows themselves to be a psychopath years after meeting him...   You really really should get over him.  Thats not a healthy relationship, even if he looks sad.  Its a shame as otherwise its somewhat interesting.   If only the writer made it about her breaking free and becoming the person the MC dreamed of on her own, than trying to set her up with the psychopathic male interest. Also, MC is a tiny bit of a Mary Sue, but her slowly recovering from depression is a bit relatable.

Alright. This is my first public review. And, unfortunately, it's not becuase I loved this manga so much I wanted to tell everyone. No, it's because it's actually the worst. Before you judge me, let me rewind. Just to be clear, this review has spoilers and a possible trigger in it.  Characters: To begin with, I actually love some of these characters. Characters like Bella, Red (both of them), and even  Eden. This is due to Bella being interesting in personality and also makes sense with what she's been dealing with. She's slowly healing from wounds. Eden is sweet and really, honestly likes Bella. Red 1 died to protect Bella In fact, this category is only brought down due to one character: Emperor Kiris (Chris) himself. He's literally the worst person to pick as a ML. He is abusive and has done so many things that should never have been applicable to "forgive and forget." But I'll get into that more in a second. Also note, I think Kiris is a great antagonist and would be great for the plot if changes were made in order to make it clear that was his role and not as a male lead.  Story: We start off knowing Bella, the protagonist as she reunites with Kiris (or Chris) for the first time since (SPOILERS INCOMING BIG TIME; Possible Trigger Warning) he sold her for a castle. What a lovely guy, amiright? Not to mention, that he actually kills someone because He didn't like the answer she gave in order to protect Bella. Oh, and let's definately talk about how one of Bella's maids, with mistakenly good intentions, gives Kiris flowers on her behalf. Bella, not realizing Kiris is in the room, asks about this and then has to say she did it on purpose in order for Kiri not to kill her maid. Afterwards, he actually (Here's the trigger bit) r*pes her with the excuse that it was due to her sending flowers with the meaning "my love is greater than yours" or something similar. Don't believe me? Go to chapter 16. She literally says "no" to him and he continues. I get she was once a slave and was basically forced into being a prostitute, but she was told that she was no longer a slave. Don't get me wrong, I like this manga. I just wish it wasn't so "forget your abuse" and was more "forgive them to set yourself free." The manga literally has a character who is GREAT and would be a great ML and who canonically likes her. I will stress that Bella going back to Kiris makes sense in the way that those who are abused are more likely to be abused and stay in these situations because it's what they know. But it wasn't portrayed as something Bella was struggling to move on from, which I would have found to be extremely beautiful as someone who is an abuse victim and struggle with those past issues. No, it's presented in a way that says, "It doesn't matter what he did or does because he has power and he says he loves you." I wanted to enjoy this manga so much, but I can't enjoy something that basically normalizes abuse and doesn't attempt to show that it's wrong at all. Don't get me wrong, I think Kiris is worthy of love. And I definately think Bella deserves love. I just think that the author has created a codependant relationship that is supposed to look cutesy but just feels so depressing and wrong. Their relationship is toxic. There is no ifs and or but's about it. I don't know how the author plans to make the relationship sell as being not toxic, but I can't stay any longer. I held out a long time because I thought that maybe Bella would start a healthy relationship with Eden and that it would be a story of her slowly forgiving the emporer for his past wrongs. Not forgetting it happened altogether and getting back with him. Art: I really liked the art. It had nice colors, looked good. Action didn't feel wrong.

I started off very invested in this story, particularly the female lead, Bella. But very quickly the "romance" with the male lead turned me off. He is just... the worst. To be fair, I'm not crazy about his archetype to begin with, but they just take the awefulness too far, and it became impossible for me to feel comfortable with them ending up together after how he treated her and his actions in general. The story is framed as one where Bella needs to "forgive and forget" in order to be with him, but his actions are absolutely terrible, and not deserving of forgiveness, regardless of how he might try to make up for them. And very quickly, the characters, which seemed really interesting at the start, have become two dimensional and predictable. Now, the art is pretty, and absolutely no shame for people who liked this, but there are much better ones out there.