On or Off - Reviews 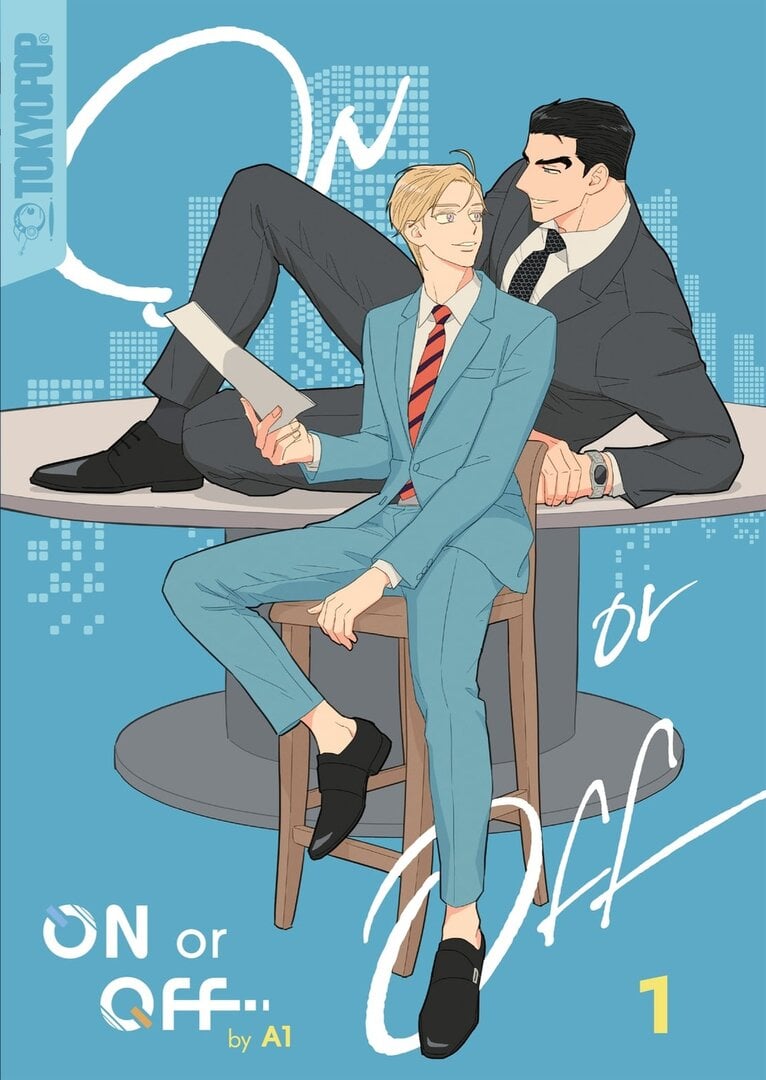 This webtoon is really amazing so far. I have reread it 6 or 7 times over the course of its syndication. I can't wait to see what happens next! Reading the scenes between Mr. Ahn and Director Kang really are relatable for anyone who's ever had a crush on someone they felt was outside of their league. The love scenes are also very well done and aren't rushed. Definitely recommend this for anyone who loves yaoi! You'll leave with a crush on both guys.

When I first saw the art I was %100 the artist was the same as the one from Cheeze in the Trap (I dislike that manga). I checked and it wasn't, I'm a bit relieved.

The story is pretty grueling in the first 25 chapters but after that, I could tolerate second-hand embarrassment. Also, the art is oddly satisfying despite the peachy, yellowish color they make everyone's' skin tones. I did drop it the first time because of the art but I had to give it a second chance. It has a good rating and I couldn't pass up a might-be masterpiece.

The characters are pretty funny, realistic. And the seme was an asshole, in the beginning, a sexy asshole. He gets better.

Overall, I don't regret picking this up again. If I could change anything I would tone down the second-hand embarrassment and color the panels a more clean, clearer color.

Update: I've read up to 53 chapters and yes, this deserves a solid eight. Seven was too little.