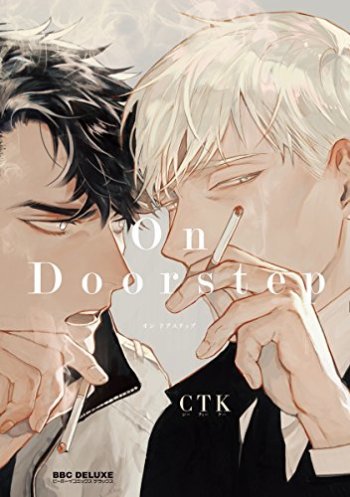 Simply perfection ~ gorgeous eye catching art style , lovable and fun characters , healthy relationship , story is not so depressing but a fluffy and heartwarming story with emotions ,puppy seme , mature uke , both seme and uke are fucking gorgeous/hot / sexy and most importantly both of them are manly! , their relationship is not forced and had a nice chemistry what more can i ask from a perfect bl manga? This is the definition of my type of stories! ~ masterpiece ~ (≧∀≦)(づ￣ ³￣)づ

If you are looking for a quality yaoi with exquisite art and adorablely hot charaters then you've come to the right place. Chongtak-sensei is a genius with line work that'll make your heart pound and giggles erupt all in one go. It is a beautiful display of love and sex.

It is both hot and adorable! You'll read it all in one go and then go searching for more 😹

Here's to hoping sensei continues with her work!!!

This was cute. I enjoyed how Jimmy's primary character trait seemed to be how fe wore feir heart on feir sleeve, which made it easy for Reese to trust fem since fe could always tell what fe was thinking. Some of the developments in their relationship felt abrupt, with their feelings feeling a lot more intense than their time together should probably warrant. That said, emotions are notorious for being disproportionate, so it's not as though it feels that unrealistic or anything. The drama of the story comes from some of Reese's trauma being reignited because of something Jimmy did before they started dating, and tension developing between them because of it. It's a very linear, but cohesive plot. There's a largely implied sex scene in chapter 3, but the main sexual action comes in chapter 6 (after the actual plot is over).

There is also an extra chapter about an actor and agent who had known each other back in school.

The best thing I've read in a long time. Beautiful art. Cried a lot. But like, good tears.

How can anyone not love this?