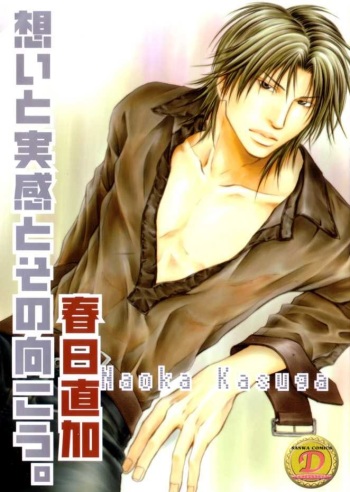 If you're looking for manga similar to Omoi to Jikkan to Sono Mukou, you might like these titles.

Pretty boy Kaoru Komatsuna is self-conscious about his feminine good looks and his cute, but girly, name. Handsome school boxing champ Junya Kubo just happens to pick up Kaoru's notebook and proceeds to make fun of his strange name. Kaoru gets angry and knocks down the champ. This inspires Kubo to desperately try to convince Kaoru into becoming a boxer. After doing his best to resist him, Kaoru finds himself falling for the relentless knockout, Kubo. This yaoi comedy packs a punch!

Umeboshi Kinya lives only for the sole purpose to fight and become stronger. But since he became the king of the baston, nobody dares to be measured. Kinya So bored and depressed ... It takes the hair of the beast and heard talk of a potential adversary that it will be a pleasure to go cause! He landed in a boxing hall where it does not happen as it really would have thought ... So? Who is the strongest now?!