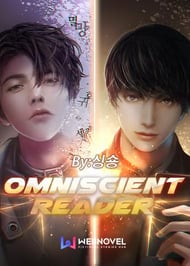 One day, our MC finds himself stuck in the world of his favorite web novel. What should he do to survive? It's a world struck by catastrophe and danger all around. His edge? He knows the plot of the story to end, because he was the sole reader that stuck with it.

This is the sort of story where you can easily see how much love, care, and thought has been poured into its creation, and simply for that, I'd rank it a cut above its peers.  Story: 9.5 To give you a brief idea, ORV revolves around Kim Dokja (meaning only child/reader) who is the only reader of a web novel called Three Ways to Survive in a Ruined World aka Ways of Survival for over a decade. On the day the final chapter of Ways of Survival is published, the novel's events suddenly begin occurring in the real world, leaving Dokja as the only person who knows how the world ends. Honestly, I have to say that the summary doesn't do the story justice in the slightest, and that it probably won't take the direction you're expecting it to (not an isekai, I promise!!).  Personally, I thought the story was well-paced, albeit lengthy at some parts, but continuously urges you forward without being overly slow. Having read the whole thing, you can especially see how thoroughly the plot was constructed, because the lack of plot holes for a story as complex as this is astounding. The use of multiple perspectives and overall style may be unfamiliar to Western audiences but I think it's an effective narration. Dokja's understanding of the entire development also leads him to make questionable choices, which are both cliche yet unpredictable, and it constantly made me want to see what comes next.  Additionally, the premise and themes surrounding the concepts of past, present, and future were spectacularly done. The novel took elements from fiction, reality, history, and myths and weaved them together seamlessly. You'd almost expect ORV to be messy what with all the tropes squashed in there, but it's surprisingly not. There are moments where I was surprised to find myself pondering so hard for what I expected to be a dystopian story, but upon completion, it's almost offensive to call it just a mere fantasy novel. I personally thought the story's full circle was beautiful and the ending beyond satisfactory but that's completely up to preference. Characters: 10 Kim Dokja's role as the "protagonist" (a term that should be taken with a grain of salt in this novel) is refreshing. He can't be described as a token good or overtly brave, especially not in the beginning; he is simply a quick-witted rat that utilizes his advantages to the fullest. However, the growth of his mindset and character is highly thought-provoking as he changes to the situations around him. Many Korean novels place a heavy emphasis on action and plot while compromising emotion and development, so I can't express how enjoyable it was to see moral dilemmas and feelings actually being considered. Two other main characters include Yoo Joonghyuk, Ways of Survival's original protagonist who's got understandable trust and anger issues, and Han Sooyoung, a cunning plagiarist whose imagination, objectivity, and sharp mouth keep her alive. Personally, I would've loved to see the dynamics and depth of this trio explored further because there's just so much potential. Because they're not exactly friends but nor are they enemies; simply put, they cannot exist without each other.  The side characters also play a heavy role in development as well, and I was pleasantly surprised and grateful that the authors chose to give everyone their own backstory; I think this is really important to make sure the reader doesn't forget about any of them because they all play a vital piece. You'll definitely fall in love with most characters (especially our main constellations lol) and even the ones you dislike, you can come to understand.  As the novel explains, authors don't necessarily create characters but rather give them situations to develop; that distinction is what makes ORV excellent and why I'd give the characters aspect more kudos than story. I think it's difficult to understand the sheer scale of just how important some characters are till the end of the novel but I suppose that's the exact point. There is no way to describe this without spoiling so I suggest you simply give it a read. Overall: 9.7 Honestly, just props to the authors. The amount of research done just for the history of the constellations with the myths and legends made the story all the more enjoyable. The way the entire novel comes so full circle was mind-blowing and you just have to appreciate how well-thought-out the entire thing is. The writers have so much respect for this story and you can see how it's reflected in turn.  I highly urge everyone to please please avoid spoilers (especially on the wiki!) at all costs, can't emphasize this enough!! Even after encountering spoilers, the novel still maintains its excitement and thrill because of the "why" element, but I would've loved to experience certain things without being inherently aware. Regardless, ORV was an amazing journey filled laughter from irony and attitudes, tears from horrifying truths, and thrilling moments of when things finally click. Worth a read. Definitely worth a reread (as suggested by a theme of the novel itself), where you'll notice excellent foreshadowing. If you're interested in things like that and willing to spare a little patience for the amount of chapters, I promise, you will not be disappointed. And if the novel seems too daunting to begin, definitely check out the manhwa adaptation for a preview; the webtoon is everything I hoped it would be and more, and is very loyal to the novel!

A very good novel. The premise in unique and interesting, and the characters develope through the novel. Usually when I consume entertainment and the caracters are facing a problem, I find myself coinstantly thinking "Why dont you just do this?", but in this book in ~200 chapters, I only tought that a couple times. Found myself reading it for all my free time like 5 days in a row since finding it. It is extremingly underrated and I could not recommend enough.

This novel is so good it's hard not to like it, all the characters are so well designed, this is probably the only novel where I liked every single character. The novel is a must read!!! P.S Uriel is gold!