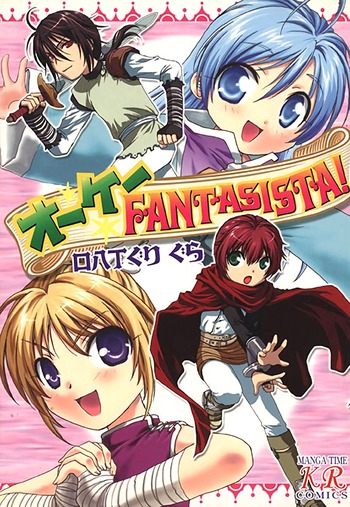 Tsubaki lives a busy life as an honor student at Oka Academy, but her life takes a turn for the strange when a fantastical rumor turns out to be true... on her birthday, the girl leaps into her mirror and finds herself in a parallel world and face to face with herself, and in this world, Tsubaki is a boy named Kakeru!  With Tsubaki preferring to spend time in Kakeru's reality than her own, meeting his friends and sharing meals together, the two embark on an eventful friendship.