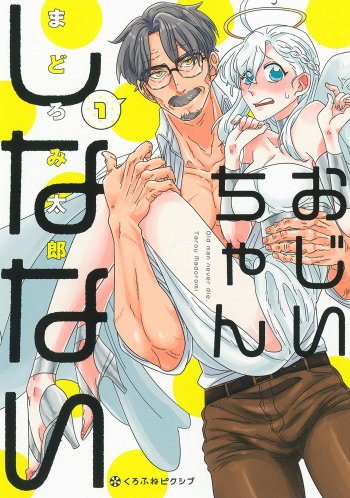 Nina is an angel of love (Cupid), but she doesn't want to be rewarded for her work, as it's better to die than to work overtime. In order to make the client's love written in the love consultation app come true, she shoots a love arrow (however, since the bow and arrow are a nuisance, she uses a sniper rifle), but of course the priority is to go home and play games!

A "freeloading 4-koma" depicting the mundane and not-so-mundane everyday lives of Kumakura, a college student, and Angie, an angel who descended to Earth in her mission to help people.

Tarou Tokumitsu is a high schooler living all alone, when he encounters a pure and kind girl named Towa on his balcony. But who is she, really…?

NK-22 is a failed moon angel. Moon angels are a group of creatures hidden on the dark side of the moon. NK-22 is ordered to descend to Earth and "be loved."

When Eniale the coy angel and Dewiela the serious devil get into frivolous spats, the whole world gets caught up in their antics! Whether it's wrecking New York in a bid to nab some famous cosmetics, getting into a car chase in Paris over a clothing quarrel, or sinking Tokyo thanks to a zombie outbreak, it's the advent of an otherworldly duo who are both beautiful and obnoxious!

Meet Taki Takanosuke, an elderly gentleman who likes taking walks. Along the way, he also manages to capture the hearts of many women.