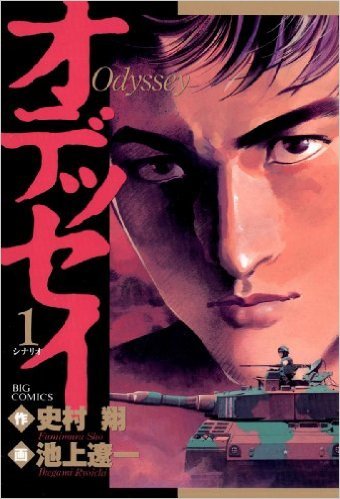 The First President of Japan

20XX and Japan's economy suffers as the country's government begins to fail due to inadequate politicians. Seeking a dramatic restructuring of its fragile political system, the nation elects Sakuragi Kenichiro - a man educated in America- to be its first President. Given decision making powers the equivalent of a U.S. President, the young politician is faced with several international crises, including the invasion of North Korea into South Korea and China initiating attacks on Taiwan. As the "First President" he struggles against phenomenal challenges and along with his "fighting cabinet," Sakuragi works to reform Japan.

Set in the political unrest of 1960s Japan, a group of young revolutionaries seek to overthrow the world order by any means necessary. But the path they walk is not of glory, but infamy; the events that unfold will shock the nation of Japan to its very core!

Follows the main character, a middle school girl, who encounters an anti-Korean demonstration and “discovers” the “truth” that the mainstream media hide about the oppression of Japanese people by the Korean minority.

In a tale set in the middle of the Meiji era, Shusuke Kano is doing hard labor in Hokkaido, imprisoned for demonstrating against the government for freedom and democracy. He escapes from prison with another government opponent and pretends to be an Ainu, to hide his true identity. Later, Kano meets Sokaku Takeda, a martial arts master, and becomes his disciple. Adept in martial arts, Kano works as a bodyguard for the Korean revolutionist, Kim Okyon. Kano is angry that leading members of the Liberal Party were freed from jail quickly and now live comfortably, while more unfortunate participants of the liberal democratic movement are still in prison. He soon becomes a faithful follower of Kim, a serious revolutionary.

Eagle: The Making of an Asian-American President

The 2000 Presidential election that should of been–the darkest of dark horses is Senator Kenneth Yamaoka, a third generation Japanese-American who surprises the country and the world by deciding to challenge the Vice-President for the Democratic nomination!

Following years of war, men have become scarce, and gender distinction has almost vanished in society. Procreation is mostly achieved through artificial insemination. Ensign Koizuka is called back from the front lines to court to serve as the Princess' - whom she loves - personal guard during her upcoming wedding. The Princess is getting married to the eccentric Queen of a powerful country - in a move to appease that country geopolitical ambitions.Koizuka who was the one that revealed the Princess feminine side and got her noticed by the Queen must now face the consequences. The Queen'ss design may not be in the Princess best interest either... Meanwhile, Koizuka's Captain confesses to her.

Absolute power corrupts in all ages and all administrations. This is a never-ending truth. The iron fist of graft in the velvet glove of government-run enterprise continues to expand the power of money-mad politicians and bureaucrats who abuse their authority, deceive the citizens, and line their pockets with financial kickbacks.The newly established Government Crime Investigation Agency (GCIA) vows to prosecute political corruption and uproot the evil that police and the courts have failed to find. The man given the ultimate authority to lead a cavalry against political corruption is government crime investigation agent Zaizen Joutarou!