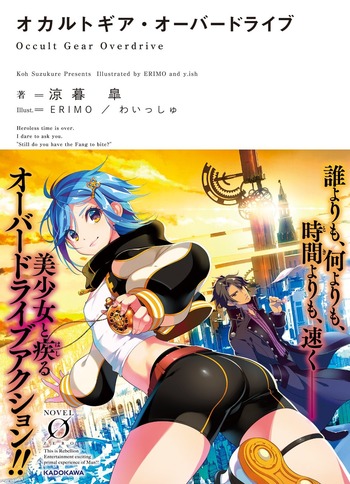 If you're looking for anime similar to Occult Gear Overdrive (Light Novel), you might like these titles.

A sci-fi, eco-conscious fantasy about a 14-year-old heroine, SUZU, a descendent of a distinguished shaman who saved people from catastrophe in the past. SUZU sets out on a journey, along with the spirit of nature, COLUBOCCORO, to regain peace and nature to the ruined villages.

The dinosaur fantasy revolves around a 12-year-old girl named Yuta and her buddy Gobi — who happens to be a fossil. The two embark on a journey to chase a fossil thief and find Gobi's stolen fossil mother.