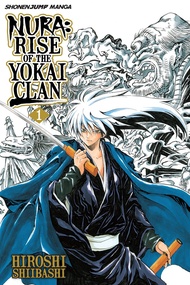 Rikuo grew up in a house full of yokai, so he always thought they were cool. But the kids in his class talk about yokai like they're bad! When his grandfather announces Rikuo as his chosen heir to run the Nura clan, Rikuo is torn between his human nature and his duties as a yokai. The rest of the clan's not so crazy about a wimpy part-human as their ruler, particularly Gagoze, a high-ranking yokai who would rather eat a human than be ruled by one.

It's quite a bit to unpack and all these 210 chapter series. Not really wanting to go an exposition, unless I really like the series I could go on for ages talking about the series. It's not that the series was bad or uninteresting it's just for some reason the last 10 chapters took me about 2 weeks to read, that's why it took me a month to read all this. Either I would fall asleep while reading the chapters or I would fall asleep with my phone in my hand right before I opened up the app to read. I would be at work and it would be too busy so I couldn't read during work. there was just a whole bunch of things that got in the way of me actually finishing this series and it pissed me off. ~SPOILERS~ Now that I'm done the damn series here's my feelings on it, it's a good series I said in the previous paragraph not bad at all it seems a little basic to me I mean the grandchild inherits the leadership of the clan, he's a quarter Yokai, so his grandpa fell in love with a human, his dad had to fall in love with a human not that he wanted to and not that it was his first love like it was for his grandfather but circumstances in the series prevented him from actually mating with another Yokai(by way of a curse). So to actually have any children he had to fuck a human otherwise it wouldn't have worked. He eventually comes to accept his Yokai form or his Yokai side and realizes it's not a bad thing to be two different things at once. He starts fighting other Yokai trying to get them in line getting his clan back to the way it used to be, prove that he's a good third head of the clan. He learns the limits of his power, gets in a big fight with old enemies. Then he trains to get more powerful I believe it's called motai where he wears Yokai almost like a garment increases his power and gains a little bit of their specialty (e.g., he'll wear Yuki-Onna he gains an ice slash). Now, this actually proves pretty cool, and pretty useful but it in no way actually turns any of the battles except for maybe the last one. because he wears fucking Ninetales / Vulpix on his shoulders and it uses its tails to distract the bad guy from some sort of bullshit, fuck it stupid. The very end was very bad the resolution was horrible, the good guy wins, the bad guy loses, everybody's happy, and nobody dies, technically. Hell, even his grandpa who was supposed to fucking die cuz he used up almost all his fucking power fucking lives cuz reasons, Jesus, plot armor. Looks like I went into a mini-rant here's the TL: DR; read once, put it down, set on fire, done.

Nurarihyon no Mago Watched the anime many years ago, which unfortunately ended with season 2 ( that ended at chapter 134). I had relatively positive memories of the anime and rewatched it to get into the manga better. Well, what was my conclusion? Simple. My interest was completely wasted. Although Nuarhyon no Mago has a very interesting concept with some relatively decent power systems that even had some charm. This whole manga is just hot air. No matter what the author did, he was unable to build even the slightest hype. No matter how many times he presents "This demon is so strong!!!" it doesn't change the fact that there wasn't a single real hype moment. The everyday episodes at the beginning and smaller orders were by far better than what came and than what the manga showed us. In that sense, it's even good that the anime ended after 2 seasons. Everything from then on has been far below average. And by far one of the worst shounen you can find.Weak story, empty characters, monotonous fights, and no consequences. In this world, anyone can create a bloodbath without anyone really caring. So much for the system and the protagonist. [Story 4] The Japanese demon stories are a reality in this world and the protagonist, as the son of one of the most powerful demons, is bound directly into this world. He is a quarter demon and is trying to find himself, which is his role. And ultimately to create peace between man and demon. However, on this path, he must defeat many (unnecessarily boring) opponents and in the end become the king of the night. There were almost no relevant moments story-wise, apart from the minimal background of Abe no Semei (Nûe) or the background of Hagoromo. And this barely scratched the average of storytelling. Everything else was some slice of life, training chapter, or fights against "important" opponents that have screentime of 1-2 minutes (fight length) and were mostly not shown before. Not to mention that it didn't matter who did what in this story. Even if a demon ate 100 people, he could have just switched sides and that was it. Although the protagonist talks about humans so much, I don't think he's as angry in that regard once they've been digested. Likewise, the constant momentous fights tortured me until the end. A new group always appeared with some elite opponents, stronger than before, and there were various individual fights again. I already thought that "Bleach" had a problem with this, but here I found a greater comparison material. And then we have the finale... one of the worst final arcs I've seen/read so far and with one of the most disappointing final fights. What an embarrassment that I even read this far. [Characters 4] In the beginning, I was impressed that we had a large handful of many diverse personalities and also some decent humorous moments. However, from about chapters 30-40 on, the plot became more serious and you could see what the manga was really about. Only the main 2 demons on the protagonist's side had a normal background and were irrelevant from then on. Almost no character really had screentime, dialogue, or important moments. Only the protagonist was boundlessly in focus. Which makes it impossible to remember any character, let alone understand them at all. Instead of throwing in so many meaningless enemies, he should have given the characters more attention. But while I'm on the subject of "meaningless opponents". NO, single opponent except maybe Tsuchigumo, who was just the usual "fighting is fun" character and a boundless berserker. Other than that, there were just a lot of empty shells fighting. [Drawings/Displays 6] The environments were above average and the drawing style was relatively refreshing and individual. Dynamic choreography was, unfortunately, lacking here, making the fights look like just a slap fight no matter where you look. [Conclusion] The beginning of the series is definitely still kind of entertaining. But the further you go to the end, the more unbearable it becomes. Gokadoin Arcs (the final ones) were by far the biggest disappointment. When the beginning is average, the middle slips and the end is unbearable. It means that they failed in this project. [Enjoyment 3]

When I first heard of Nurarihyon, I had mixed feelings which included thoughts of an Inuyasha character rip-off or Katekyo Hitman Reborn in a more mello atmosphere. Yet, Nurarihyon no Mago strays from the stereotypical Shounen manga of action after action chapters and gives accurate insight on Japanese folklore. The plot involves a young boy named Rikuo, who is 1/4 youkai and lives with a hundred other youkai demons. He is the next in line to become the heir of the Nura Clan and will lead the 100 youkai march during the night. Like all practical shounen protagonists, Rikuo does not want to be a youkai leader and wants to live life fulfilling good deeds to escape the role of instilling fear on to humans. Yet when the night comes, Rikuo transforms (literally) into a long, monochromatic hair colored youkai leader and protects his truff of rival youkai clans.   The story starts out a bit slow but takes a deeper, darker mood later on. Some of the beginning chapters are a little episodic but introduce most of the major characters. Yet the story also relies on one's knowledge of Japanese folklore or Asian art. The author manages to explain some Japanese history and insight on Buddhism yet a little slice-of-life feel. By chapter 12, the action and shounen fights start to get heated and the plot flows smoothly along into intriguing arcs. Sometimes, the ending of arcs can seem rushed if you are the type of reader who loves long, drawn out story arcs.   The art is very detailed and the imagery can blow you away. The use of black contrasts and shading add a realistic and artistic depth with a nice, fluid aesthetic.  The author's 2-page spreads will dazzle you with how much detail puts in to each, individual youkai. Each character has a distinct feature and the background also have detail. One problem one might have with this detailed work is that the author tends to cram so much in one panel.It sometimes takes me 3-minutes to get through a page to absorb all that us going on.   The characters sometimes appear to be mediocre and sometimes fall into the role of a shounen mange archetype. Rikuo quickly sheds the "I don't wanna be a youkai leader!" attitude yet still developes his understanding about why he still equates himself with humans and why is still with youkai. Rikuo's "night-form" can be pretty badass yet still have a nonchalantness that makes the character likable. The female characters are not as useless as one may think. Yuki-Onna is a good example of a badass female character who manages to be funny and adorable. Other characters, like Zen and Nurariyon, will make you chuckle too.   I'd defiantly recommend  Nurarihyon to anyone looking for a nice mello shounen manga who loves Japanese folklore. The fandom may be small, but it is a growing series that will most likely be a good title in the future. 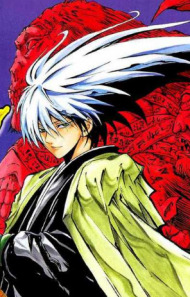 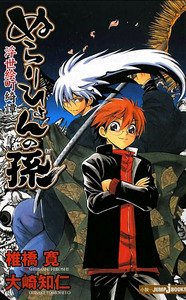 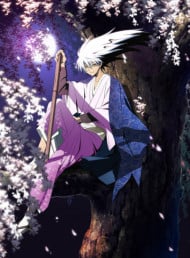 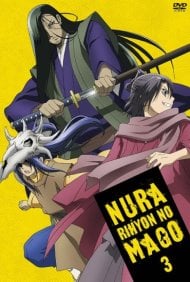 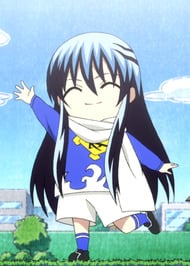 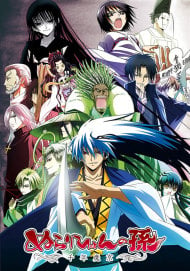 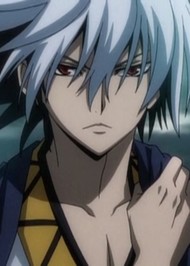 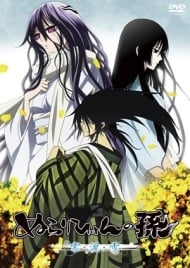