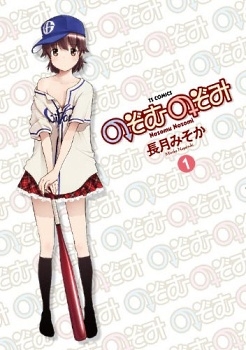 Mizuki gets confessed to by a boy in front of a special Mirror. Legend has it, that if you confess to someone you like in front of that mirror your wish comes true! There is a slight Problem in this Equation: Mizuki is just a very feminine looking boy. Also it seems that he caught the Attention of the Norse Trickster God Loki while glancing into the Mirror. Loki decides out of boredom to mess with Mizuki and turns him into a real Girl.

they are both gender bender to start. The MC changes to a girl but in both instances isn't sure if they like the change and if they should be a guy instead. They both play it off well, but the endings are slightly different

A wild dog waiter turns into a hostess!? In order to turn back into a guy, I have no choice but to have sex with the guy I look up to...

I Shall Become The Queen

He just finished his University, yet he traveled back to highschool! He was a guy, but suddenly transformed into a girl! But this body... This face... It's pretty nice~ I was always targetted by bullies during highschool, but now, freshman year won't be like it used to. God gave me another chance, and I've decided to stop being good! I shall change history and conquer the highschool! I will become the queen!!!

The story revolves around a convenience store "Paraiso". The store was once very successful and attracted quite a crowd because of its "unique" employees. But suddenly, various weird mishaps started happening one after another in the store, making it lose its popularity and making the customers believe it's cursed. A fresh college graduate, Ichinotani Hikaru, going to a job interview, somehow ends up getting forced into a job in this store. What kind of fate awaits him now?

24-year-old Makoto Manaka has no luck with women. Constantly put into the 'friend zone' by the opposite sex, the man is so fed up that he's taken to pretending to be a woman online. But little did he expect that his antics would catch the attention of the deity Nandikesvara, a scantily-clad beauty who decides to turn Makoto into a girl! Now, much to his dismay, Makoto finds himself unable to stay either gender for long, as whenever he's aroused, he transforms into the opposite sex! And given he's drawn the lustful attention of both his male and female friends and coworkers, it seems the man's gender swapping days have only just begun...

Female Pleasure. I Turned into a Girl and Now I'm Addicted to my Step-Brother

On an afternoon like any other, high-schooler Nanaki falls into a pond that's shrouded in legend and suddenly turns into a girl! Although mortified, he loves how soft and smooth women's bodies are, so... Why not have some fun? He tries on his own, but can't quite seem to get it right... And that's how Souma, Nanaki's step-brother, finds him when he gets home from work! Once Nanaki's hero, "Soumy" is now nothing but an annoyance... That is, until Souma shows Nanaki how to fully enjoy a woman's body! Why is he doing this, and why does it feel so good!?