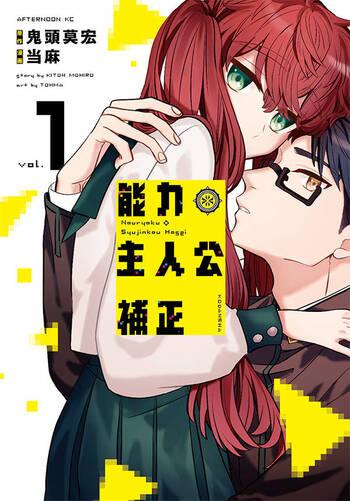 It is the fate of the Hirasaka family to protect a barrier underneath Tokyo that separates the human world from the demons of another world. One day, an incident in the underground tunnels claims the lives of 6 civilians and a Hirasaka. The mass death and the mysterious circumstances under which it occurred have been hushed up by some powerful, but unknown, people. These people seem to be dismantling the barrier the Hirasaka family has fought so hard to protect, and it is up to the remaining Hirasaka to stop them.

Three girls are the only members of the Fortune Telling department at Sakumigaura School where they each pursue their own style of tapping into their energy to find answers. Hoshikawa Crystal uses her crystal ball while Nano Kari uses meditation and chi and Kaguyama Hime uses ancient spirits. The three are always together and help each other hone into their abilities but never forget to have a great time.

Shiorigahama, a town where only bibliophiles live. High schooler Uozumi Yuushi moves with his parents to Shiorigahama, to his late grandfather's house. Yuushi inherited his grandfather's bookworm status, and has a special skill in that once he reads a book, he never forgets its contents. After changing schools, Yuushi finds his way to the Shiorigahama library and there swallows a letter-eating fish (the silverfish). Then a mysterious girl appears right in front of him and...

Most people in this world utilize only 10% of their brains. There are some, however, who can tap into the remaining unused 90%, and draw out powers that appear supernatural to most others. These powers are called "SPEC".

Buuh and Kiruko are two young students of the Shinigami's school. They are sent on Earth to practice and obtain the Shinigami diploma. The two girls have the duty to select which souls to send to King Enma, the king of the world of the dead.

In the village of Hananoki, Taro lives alone since the death of his grandfather. One night, through his telescope, he accidently sees a girl falling from a tall tree. But once at the place the accident happened, the only things he can find are the girl clothes. Back to his house, a mysterious creature try to hide itself. When he finally manage to catch it, what isn't his surprise to recognize the girl which now has only the size of a frog.