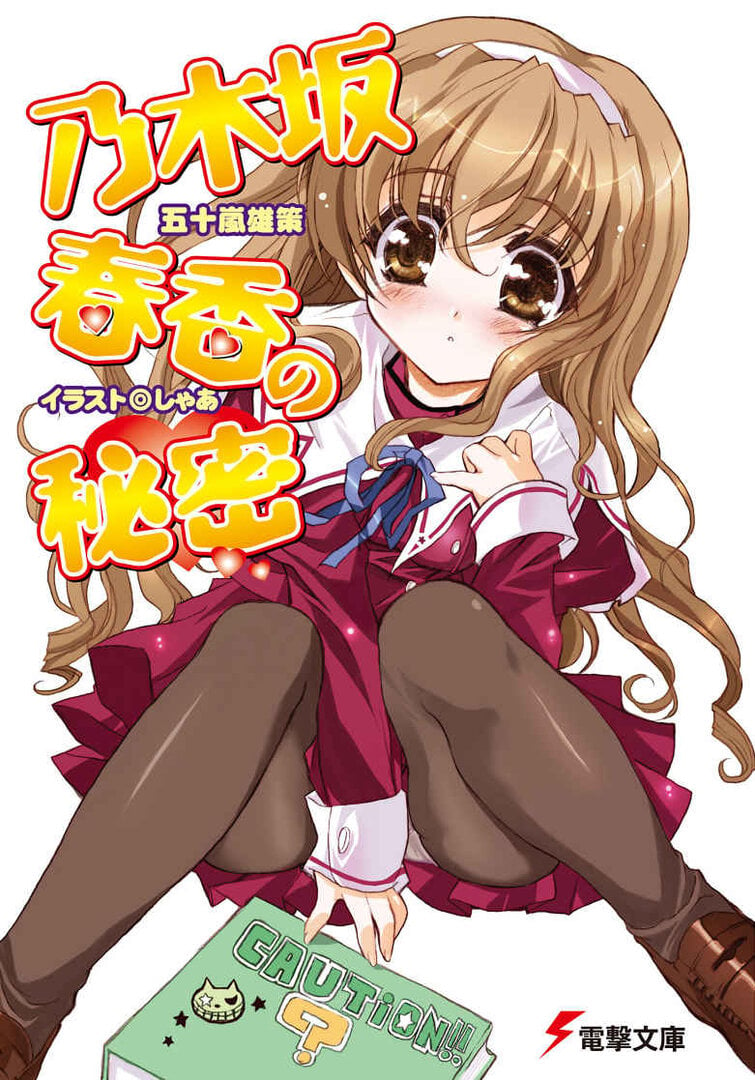 If you're looking for manga similar to Nogizaka Haruka no Himitsu (Light Novel), you might like these titles.

Saekano: How to Raise a Boring Girlfriend (Light Novel)

The life of Tomoyo Aki, a highschool otaku working part time to support his BD hoarding. With remarkable luck, he bumps head-first into, Megumi Katou, the most beautiful girl he has ever seen. Naturally, the meeting twists his life into a complicated torrent of relationships. Eriri Spencer Sawamura, his half-foreigner childhood friend who's always valued her relationship with Tomoyo. Kasumigaoka Utaha, a cold, composed renowned literary genius who shoves everyone aside from our protagonist. What is this? An eroge introduction?

Follow the adventures of Nankyoku Sakura, who seems to be obsessed with anime and manga. She started her first day at school wearing a school swimsuit, cat ears, and a maid tiara and called it her "pajamas." She's also insanely rich, apparently.

Continuation of the adventures of Nankyoku Sakura, who is also known as penguin by her friends. She is obsessed with anime and manga, for example she goes to school wearing a school swimsuit, cat ears, and a maid tiara and calls it her “casual clothes”! She’s also insanely rich.

Closet otaku and school idol 16 year old Aiba Hina announces right at the start that she is going to quit being an otaku, but apparently she was going to stop being otaku because a manga character said he hates otaku. Fujoshi power max! She tries to sell all her most precious otaku collections at I-books at Radio Kaikan 3F, but ends up getting seen by a classmate who was working there part-time at the register. In order to hide her identity as an otaku she decides that the only way to salvage the situation is to assassinate the classmate who saw her in the store!?

With her beautiful looks and outgoing personality, Shinozaki Akina used to be the leader of a group of hotties on the top of a class hierarchy. After her high school debut was delayed, however, she finds herself isolated in the class. Next to Akina sits Sasamura Kaede, an otaku girl who can turn into a bishoujo with her glasses off. Akina decides to get Kaede out of the otaku life and groom her for a perfect high school life, but the only way to get close to Kaede is for Akina to pretend to be a Precure otaku herself to her chargrin...

The romantic comedy light novel series centers on the gaming lives of various high school students who play video games, including: Keita Amano, a lonely young man who loves video games; Karen Tendō, the beautiful president of the video game club; Chiaki Hoshinomori, who constantly fights with Keita; and Tasuku Uehara, who puts on a facade of being satisfied with his life in the real world, but he in truth loves video games.

The High School Life of a Fudanshi

Ryou Sakaguchi has a deep, dark secret: he's a fudanshi—a boy obsessed with BL. While he has trouble understanding how others don't find the same bliss he does from his unusual hobbies, that doesn't make it any easier for Ryou to buy his precious manga from the “girls” section of the store, or any simpler explaining the world of boys' love, shipping wars, and doujinshi circles to his best friend Nakamura. Will Ryou find other fanboys to share his hobby with, or is he doomed to sit alone on his throne of BL romance?