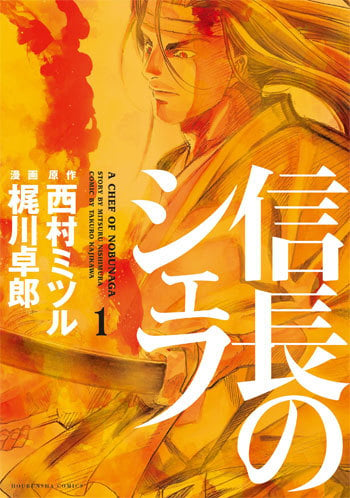 The story revolves around Shouta, a regular high school boy whose life is suddenly changed when a creature called a Gasshapon appears in front of him, and claims to come from the future. The Gasshapon was sent to the past by the future Shouta, from an era in which an alien group called CC (or Cold Cosmo) have made it their mission to change all stars and planets that have light and warmth into dark, cold places like their own. The Gasshapon had intended to take young Shouta to 2080 to save the future, but because time travel had not been fully perfected yet, Shouta is thrown into a completely different time, the era of the Honnou-ji Incident (1582), where Shouta actually becomes the famous warlord Oda Nobunaga.