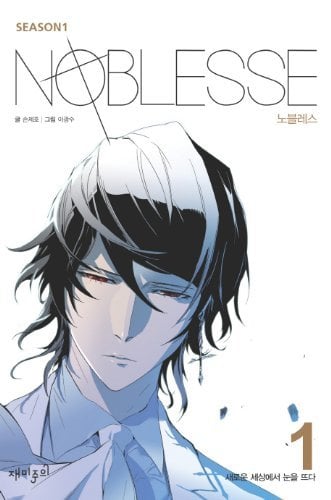 A world of supernatural where strong preys on weak. An Earth not just for humans.....and a strange ability!

same writer, same illustrator. that should be enough to give a try.

both main characters have supernatural abilities. there are mysteries about the past.

Ability is yet new so it still has not gotten as strong as Noblesse, but it's strong point is that it's more realistic (so far). and i think it's the most similar Manhwa to Noblesse.

The writer and illustrator are the same in each series, which will likely be enough of a reason for fans of Noblesse to give Ability a shot.

Both series feature supernaturally powered characters with a hint of mystery and intrigue over their past. Ability is really early in it's run, but it seems more action focused, and lacking in the great comedy that Noblese has. You could also accuse it of being a little too slow, and maybe missing a brilliant plot hook to keep the reader interested, although it appears to be getting a bit better recently.

That said, Ability is worth a read, just don't expect it to come roaring out of the blocks. And on the off chance you haven't read Noblesse, then definitely give that one a try, it's a seriously good read. 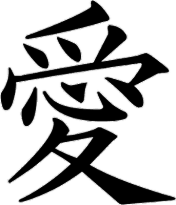 Both are done by the same manhwaga (Korean mangaka you can say) and even characters from both look very similar to eachother, such as Un (Ability) and Reigis (Noblesse).  Both are also fairly slow paced at the beginning, as it provides a little REALISTIC character devlopment (the main character in Ability doesn't immediately become OP strong within the first set of chapters, it takes time realitically) so if you don't mind that and actually prefer it, your good to go.  Also both have very interesting stories, especially Noblesse where it indeed takes a while to find out all the details of the MC's (Rai's) past, which is actually a good thing since it gives time for character development (and there are quite a lot of characters_ and then later provides flashbacks.  Either way, if you like either one there is a very low possibility you won't like the other.

Op character. Full color. Web comic. Noblesse has a grown up who goes to school to learn, Black Haze has a child (that can turn kind of grown up) that goes to a school to protect someone. Black Haze is shorter than Noblesse but is still ongoing.

Both are great shonens and are both webtoons involving some sort of magic as well as an MC that has my fav hidden identity trope and are pretty OP compared to the other characters.

- art is bad at first but improves throughout the series

There are attacks everyday and people suddenly changed into Deman. But I... should look for my sister; also, the Gods are here to help humans to prevent the attacks.

Both include people with non human powers who are fighting the bad guys so that they don't destroy the world / humanity.

Good art style and fighting scenes and characters that are very likeable.

While most people avoid the suffocating pollution covering the world... Deliverymen press on, so the citizens can get the packages they desperately need. They are known... as the Delivery Knights!

Both have great art styles and a good amount of fighting scenes. They both have people doing questionable things for the "good" of humanity (mostly themselves).

Not only is Charlotte becoming stronger, but Charlie is also changing... Each of them are missing something the other has... But will they be able to help each other out?

Both have great art styles and characters. Both include really good fighting scenes. Both have people doing questionable things for the "good" of humanity.

Yu Ijin was the sole survivor of a plane crash when he was little. After becoming a mercenary to survive for 10 years, he returns to his family in his hometown.

The MC of Noblesse is also extremly OP and he also just wants to protect the people he loves (in his case his friends) and his high school life (wich he is also completely new to). Nobody can read his emotions too (accept for his friends). So even though it´s fantasy, I think it is a lot like Mercenary Enrollment.

Noblesse has also a lot of humor and the combanation of 'normal' high school life and the awesome fights (because the fight are really cool) is also really well done. The art isn´t the best in the first chapters (it´s not bad, just not incredible), but it impoves a lot throughout the series and at the end of the series it is incredibly well done. So I really recommend it.

A vampire with the blood of the otherworldly Shinma running in her veins, Miyu has kept the humans safe from the ravenous appitites of the otherworldly Shinma for decades. With her Shinma ally, Larva, she has forcibly returned more of the creatures to their dark home than she can remember. Now a new evil threatens Japan. Western Shinma have set their demonic sights on conquering the spirit world of Japan. Among their powerful number is Carlua, the masked sorceress, and she has a particular fascination with the unsuspecting Larva...

She is a Vampire!