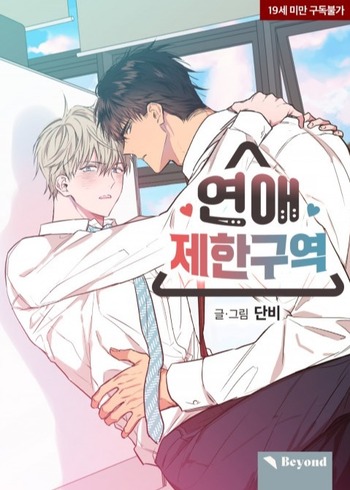 Imma be really really honest with this review. This manhwa is good, good for wasting your time... Welp, it's a decent read. :)

Let's start with the story, the story is.. the usual story. And there's no plot twist. (Oh there is one, but the usual trope hahah, so i don't think it can be called a plot twist?) And... well, as i said before, it's decent. Just.. something that you can read while taking a break...

And for the characters, it's... pretty likeable but unlikeable. You know what i mean? I meant they're the usual "office-man in love story" that you can easily find anywhere 😌. There's nothing "amazing" in their characters nor design. But at least the art makes them amazing tho. I love the art for this manhwa except some moments where it looks.. ugh.

Should you read this? Recommended for:

People who loves yaoi, looking for some story to read, wants to waste their time (idk if there're ppl like this but whtever), wants to enjoy some "office love story"

I have to say that i dropped it at chapter 33, reason being of course because i didn't like it.

Now the first reason as to why I dropped it, that I want to talk about, is rape. Of course, as someone who has read manhwas and mangas of this genre before, I know that the most of them usually have hints of rape. But this one particularly I really, really don't like, because there were multiple times where the bottom stated that he wanted the top to stop and the top didn't.

The second reason is that I just really don't like the story. We have seen this generic "office love" between a superior and an employee type of thing many times before, it's nothing special in my opinion.

The third reason are the main characters, or rather the top guy. He's really annoying. I guess he just wanted to "mess" with the main lead but ended up harassing him, and what I like is that the main lead confronted him about it.

The art is really good, no complaints about it here, I really like the artstyle and how the characters are drawn.

NO SPOILER - The first chapter didn't look promising, it was like any other yaoi manga. I wasn't really surprised by the second chapter either. It wasn't something I hadn't read or seen before. The main character is naive, stupid and, I'm not afraid to say, a little incompetent. Eun-Gyeom is blinded by love and his own wild fantasy, so he fails to see reality. He gets swept up and has no confidence. Jihyuk Han is an unpredictable storm of emotions that strikes whenever it wants. Also, he is very moody, stubborn and impertinent, so you could say with a little hyperbole that he and Eun-Gyeom are a good match. However, the way they got together is a bit bizarre.

I honestly think Eun-Gyeom should focus on himself first and find self-love, because he clearly doesn't have any. And that's possible for him only when he's not in a relationship.

If you want "BL office romance" I think it's better to read "ANTI P.T."or "My Purrfect Boss." Because this manga is a waste of time. I'd like to give the story a better review, but I can't think of anything positive besides the way it's drawn.

Before going any further, a lot have dropped this because in the beginning its black mail and a bit of lack of consent. IT GETS WAY BETTER AND ACTUALLY FRIGGIN CUTE AFTER I THINK AROUND CHAPTER 20 SO IF YOU READ PLEASE BEAR THROUGH IT, ITS WORTH IT. That being said, when they start dating it's really frigging cute especially how they both are with kids is so wholesome :((. I recommend reading this if you're looking for nice smut and a cute couple with not too much toxicity, bit of possessiveness but it's not a toxic possessive.

Mc sees ml at the train station and wanted his number but ends up finding him as a new upper boss in his company. Mc has terrible luck with dating douchebags hence the last ex who keeps showing throughout the story. Ml ends up making Mc work too much and do petty stuff all because he rejected him in high school when he looked tiny and nerdy. Mc confesses he likes ml and ml just responds with how Mc did to his confession in his school. Mc avoids him in shame and then gets mad and hates him after realizing him tormenting him at work cause of the past. One night Mc drank too much at the work putting and ml took him to his house because no one knew where he lived. Mc drunk babbles, almost but does kiss him and they end up having smex. People see this scene a bit rape and non consensual cause he is drunk which it is tho I think the author tries to make it not come off that way cause we see Mc thoughts of "I should stop this but I dont want to". When Mc calls out ml he realizes that's not what he meant to do and realizes he wants Mc still and thus we see them bloom xD. Mc siblings LOVEEE the ml and they're so wholesome through the story. Ml ends up being a big Ole teddy bear that just wants smex and to take care of his lover. His possessiveness wasn't ever too toxic it actually saved Mc :(( also, Mc loves the jealous side of ml thinking it's cute and Boi is it. The special episodes are cute but the main story is better.