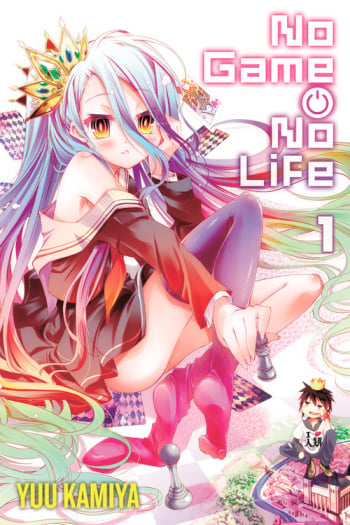 If you're looking for anime similar to No Game No Life (Light Novel), you might like these titles.

A video game-loving shut-in, Kazuma's life should've ended when he was hit by a truck, but through a twist of fate, he ends up reincarnating in another world--and dragging the troublemaking goddess, Aqua, the wildly dorky mage, Megumin, and the unrelentingly delusional lady knight, Darkness, with him. Now, the Crimson Demon village that Megumin and Yunyun are from is facing a threat that could mean it's ending. Kazuma and his gang follow Yunyun, who returns to the Crimson Demon village intent on saving it... when they are faced with their greatest threat yet! What will become of the unremarkable adventurer Kazuma's life in another world?!

Asahi Ikusaba is a high schooler who got lost and ended up stumbling into another world. He has inherent knowledge of video games and fantasy worlds, so he had tried to use that to fully enjoy the new world he found himself in. The problem is... he's pathetically weak and has no "cheat ability" to make life easy for himself. But then who appears before him? His sister, Maya Ikusaba, who has this world's ultimate cheat ability and a huge brother complex. Can he use his excessively overprotective sister's divine protection as a weapon? And so, Asahi's life in another world continues...