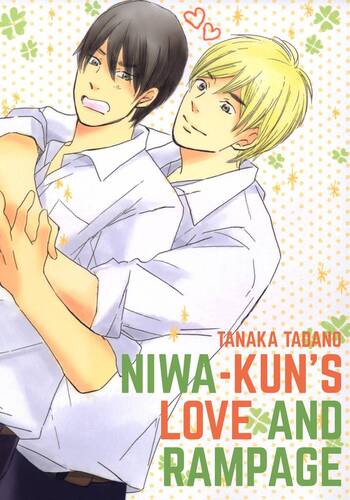 2 childhood friends, Yamato & Kakeru who’re opposite in every single way; personality, grades & looks.. One day, after school, Kakeru asks Yamato if he has someone he likes. Yamato hesitates then replies "Kakeru.." The airhead Kakeru doesn’t get it, keeps asking and Yamato also keeps saying "Kakeru.."

Eichi's mother has remarried and now he has 3 new brothers. But one of them doesn't see him as a brother.

Fujisawa Kazui followed his recently departed grandfather’s will to stay in Seisou Gakuen’s Tsukigase Dormitory. The cowardly Kazui has two roommates- one is Kawasaki Ryouhei, who has a very big secret (!!) and the other is Mario Bertini, who talks in a strange Japanese accent. With these two as roommates, what kind of a school life would Kazui have?!

Tsubasa gains two brothers after his mother remarries and that is when his "normal" life goes up in smoke.

As president of the Information Management Club, Ryouichi Tsuruga has to keep the entire club in check. But this is easier said than done when Minami, the “machine destroyer,” is added to the group and high school literally becomes a living hell for Tsuruga. But even though Minami may have a tendency to destroy anything electronic-there's something about him that Tsuruga finds kind of cute...

Makita Tsukasa and Himuro Takashi have been best friends for a long time. All the girl suspect that they are gay because they are always together, but they both deny it. But when Makita get a confession, Himuro acts strangely. A rumor spreads around that Himuro and another guy kissed. Is this the truth or is it simply girls gossiping about what they wish to happen?

Miki Tamura can read people like a book. To maintain his happy home-life and to please people, it's a skill he's learned to acquire. But what happens when he meets someone that he can't read so easily?

From the 1st year of middle school to the 2nd year of high school, Makihara Kai and Mizushiro Ren have been in the same class. But in the last year of their high school lives they are placed into different classes. A small ripple is born in the unchanging days that pass by... that makes the feelings they were unaware of start to bloom. Wanting to tell him, but unable to say it. The answer deep, deep within their hearts is...