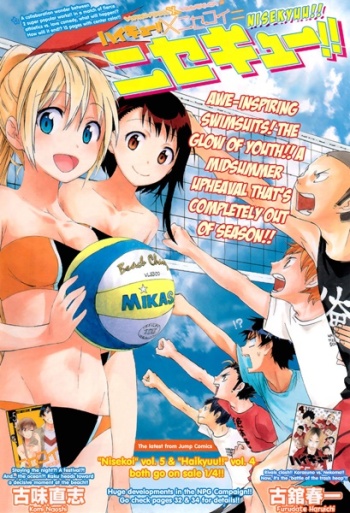 So obviously this type of cross-over story is just fan-service and the primary appeal is simply seeing characters from two separate manga interacting with one another. And I wouldn't ever fault somebody for finding enjoyment out of that. So I could just ask the question "Do characters from two different manga interact with one another?" and upon answering "Yes" conclude that the manga is a rousing success since it's doing what it was built to do. But that would be a boring review, so let's ask some more questions.

Does it have a resolution?

No. It kinda just ends. There're three two-on-two matches with some of the jokes I previously mentioned as well as some other ones which didn't land quite as well (at least for me). And then it ends with them eating food. It's not even explained if one of them won the beach volleyball tournament or if they just walked away.