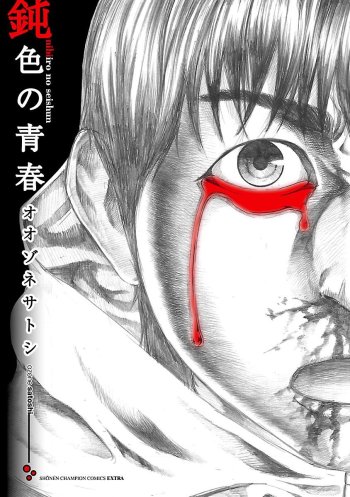 Yotarou Kurose dreams of becoming a teacher, looks up to his homeroom teacher Shiratori-sensei and is subject to gruesome bullying. One day, fearing their actions have been exposed the bullies tell Kurose on the rooftop, "Before we get found out, why don't you kill yourself?" Terrified of what was happening Kurose loses his footing in the commotion and falls... "Hey, teacher. Can I do this over again?"

One Room of Happiness

That day, she was abducted. But to her, that abduction was a ray of hope -- the beginning of a new life. The girl promises to marry her abductor, and the abductor offers plenty of "happiness." This is the story of an abductor and his victim... How could it be so warm?

A tragic young girl whose mother died giving birth to her? A wicked stepmother and three brothers with whom she shares no blood ties? Murderous intent born from avarice and twisted emotions. Secrets woven with betrayal, terror, deceit, love, death and vengeance? All buried deep within Ayeshah's Forest, shrouded in darkness.

Today’s top could be tomorrow’s bottom when playing the caste game! School is hard enough as it is, but when students are forced to play a cutthroat game to determine their social ranks—and subsequent treatment—all bets are off. It’s a cruel game where the card you possess determines your class rank. Azusa has the king, the most powerful of the cards, allowing him to rule his class however ruthlessly he chooses. But all bets are off when Azusa is double-crossed, shattering his pride as he drops to target, the lowest of the ranks. Now bullied by the very people he himself mistreated, Azusa is given a choice—become the new king’s plaything…or service the entire class!

At Night, I Become a Monster (Novel)

By day, Adachi is a normal student. By night, he’s a terrifying creature of many eyes and many legs who lurks in the darkness. One night, while haunting his own school, he comes across his classmate Yano Satsuki--she’s been an unexpected victim of bullying, and stalking the night in her own way. He’s surprised to find himself developing a sympathetic relationship with her. In this supernatural novel about nighttime outcasts, two students confront the monstrous ways that humans can treat each other.