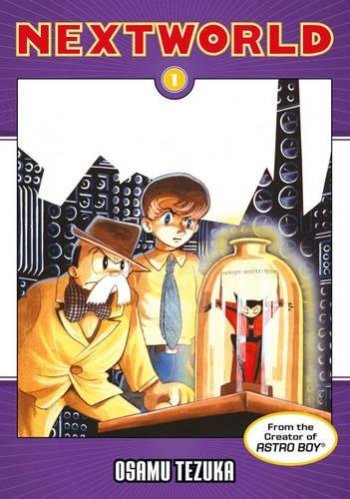 Story: I have a confession. Despite thoroughly enjoying Metropolis and devouring any of the Black Jack anime that I can lay my grubby little hands on, I have never read any of Osamu Tezuka’s manga – that is until now. My first dip into the world of the ‘God of Manga’ is the two volume sci-fi story – Nextworld. Its plotline is rich with political and philosophical themes, from a wryly satirical look at the Cold War and the possible fallout of atomic warfare to references to apocalypse and the story of Noah’s Ark. Add in opportunistic greed, oppression and the general presence of humanity at its worst, and the strong concept of Nextworld has the capacity to become a truly epic tale; unfortunately the manga suffers from one fatal flaw – terrible pacing. Like a cross between a sketch show and those Internet flash animations where rabbits re-enact a famous movie within thirty seconds, Nextworld is incredibly rushed. Instead of becoming immersed in the intertwining plotlines of war, newly evolved species and apocalyptic doom, the story seems chaotic and the reader suffers through a barrage of key plot points without any room to breathe. BAM! Rock is in jail. BAM! Now he’s free. BAM! Now he’s become a spy and is wearing a bird outfit and climbing into a rocket. Anyone else feel like they’ve missed something along the way, because I sure as hell do! Most of the narrative could do with a lot more fleshing out, as the constant hurrying from point to point gives a stop and go feel that makes it very difficult to get into the story. Adding to this disengaged sensation is the presence of some rather trite and stilted conversation, alongside almost slapstick style humour. While these reflect the era in which it was first published, the comedic content seems entirely out of place given the serious themes of the narrative, and the wooden dialogue simply seems forced. Art: Nextworld employs its creator’s trademark appearance, utilising a visual style wholly reminiscent of 1920s western animation, such as Betty Boop, Felix the Cat and early Disney cartoons. As such, Tezuka’s distinctive character design remains relatively consistent throughout. The work’s 1951 publication date inevitably brings with it a clunkier façade and heavier lines than more modern manga, but for its time the visual quality is reasonable. Sadly, I don’t think that the Dark Horse adaptation of Nextworld is as good as it could be. From silly mistakes such as leaving the B off of ‘bald’ to an instance where the top of a character’s head is cut off as the result of trying to cover up the Japanese text, this version feels careless at times. Characters: With so much going on in the plot and such fast pacing, there’s barely any time to learn a great deal about anyone. The mangaka expects that the reader has prior knowledge of, or that they at least recognise, some cast members, such as Detective Moustachio who appears a plethora of other manga such as Astroboy, Metropolis and Lost World. However those unfamiliar with other Tezuka works obviously will not benefit from this acquaintance. Most of the protagonists are quite flat, while the presence of some remains questionable; for example, I still have little idea as to what purpose the spoilt crybaby Cocoa serves other than to annoy the hell out of people and give women everywhere a bad name. Though the emergence of certain character’s true natures add a little more interest, by the end I cared little for anyone’s fate bar one or two – and that was only because they were ‘nice’ not because they had any particular redeeming qualities. Overall: Nextworld’s hurried pacing squanders an otherwise intriguing, gripping and intelligent narrative. When I have to actively slow down my natural reading speed in a (failed) bid to make more sense of the frenzied story, it’s pretty clear that something’s not right. Sure, the concept has a solid foundation and holds a lot of promise, it’s just a shame that it fails on execution. Worth a read if you are a fan of Tezuka’s works, or if you are really into more political and war oriented manga, otherwise I wouldn’t bother. 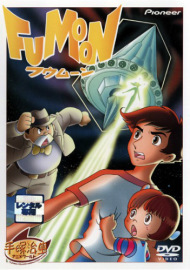