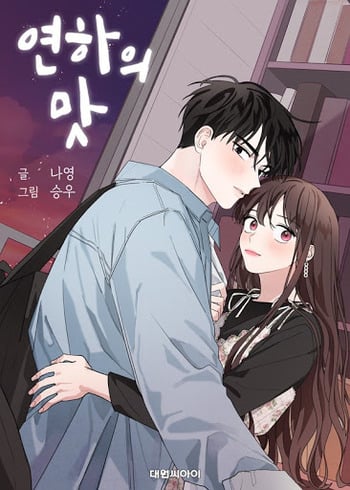 Today Living With You

Dohee, who has a crush on her childhood friend, Jaehyuk. The moment she decides to start dating, in order to get away from Jaehyuk, she bumps into the well-known handsome but crazy Wonyoung, at the campus! The undeliberately heart fluttering days caused by the persistent Wonyoung's mischief... Will Dohee be able to start dating at the chaotic campus?

- unrequited love with their crush

- "using" (asking help from) someone else

After serving his jail sentence, Yongho is determined to start anew for the sake of his single mother... However, he learns of an existence of a girl who is bedridden because of him.

Five boys, living under the same roof, yet indifferent to one another, are given an ultimatum: "No girl problems, or you're out". With each of them harboring their own unconventional romance, can they succeed in protecting their clumsy, innocent love and rebuild their friendship?

Seung Hyun and Gimmi used to go out with each other, but they eventually broke up. A couple years later, they happened to run into each other. Do their romantic feelings still remain?

The precious times that you and I shared.

Seo Geun-Woo is a perfect top star, he got it all, looks, posture, aura, eliteness, you name it… He is usually picky and hard to please, especially to any movie that he attends to. Until one day, a newcomer actress Min Seo-Yeon caught his eye, for some reason he can’t fathom what about with this girl that his usual compose self is faltering in the presence of this Lady, makes him uncomfortable but in a pleasant way… Is this what they call love?

“I’ve never kissed anyone before… so help me out. Please?” Seoha’s divorce is still fresh in her mind when 20-year-old Jihoo begins working at her café. Jihoo’s unassuming beauty immediately draws her in, and his desire for Seoha burns too bright for her not to notice. Seoha decides it wouldn’t hurt to shake him up a bit… but Jihoo’s not the only one stepping into unfamiliar territory this summer.

Yaeun Chu is about to turn thirty. While her friends marry and start new lives, she works full-time at a lighting company and sees her boyfriend on the weekends. That all ends when she discovers he’s having an affair with one of her coworkers. Drowning herself in work until her body and mind begin to fail her, Yaeun struggles to keep her head above the raging waters of romance, personal happiness, and life after thirty.

There’s a crazy dog at Sungwoon Publishing Company. It has an expressionless face, a monotone voice, cold and dark eyes, and a difficult personality. Its name is Woojoon Seo. But is this man really crazy? Taeryung is exhausted from love, work, and even her her own family. To the tired Taeryung, Woojoon’s gentle and tender actions seem more like of a loveable pet than of a crazy dog. She doesn’t know what to make of him! At times, he seems like a loyal doberman and others, a cute maltese. What's a girl to do?