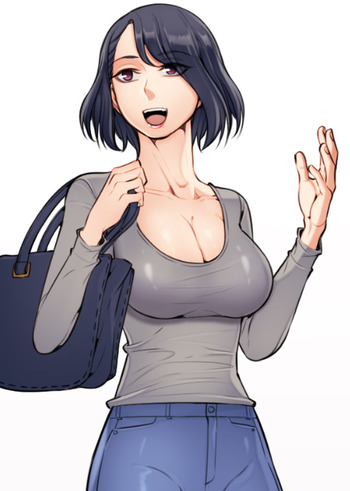 How to Train Her

They dreamed of having a great time just the two of them but there was a guy who manages the pension.

Yuri is the perfect college student, so no one suspects she’s living a double life at night. Until Professor Baek finds out about her secret part-time job…

“I don’t think I can handle yours...” Woo-jin goes viral after someone uploads a photo of his thing between his legs on social media, becomes famous overnight. Hot girls on campus are now dying to hookup with him.

Kang finally loses his virginity to Hae-mi in college. He keeps asking her to go out with him, only to be turned down. However, when all hope seemed to be lost, she makes an offer that he is unable to refuse, saying that she'll teach him everything she knows!

Who Cares If I'm a Loser!

Kihyeon's dream is to leave his hometown and start a new life in college. Will he be able to turn his life around?

Things seem to be going well between Yoomin and his longtime crush, Seula, the hottest girl in school. But she’s only playing nice and actually has a twisted agenda in mind. As if that’s not complicated enough, a blast from Yoomin’s past is trying to get in his pants by using any means necessary (including jumping out of a motel window to chase him down the street). Don’t let pretty looks fool you—these ladies are sweet but psycho.

A senior in college, Cynthia would give anything to become a celebrity. But is her desire really worth it?

Jin-tae is a freshman guy who got ruined his campus life because of a mean evil girl, Da-hye. He has always been wished to get a revenge on her. Now he finally found her fatal weakness!

Harry is one tardy away from failing his class, so his professor offers him a chance to make up for it in a special way.