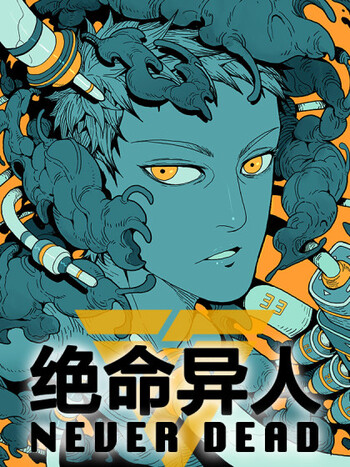 A door to a world of monsters emerged out of thin air, those who possess superpowers now bear the responsibility of fighting them. Bai Yu, known as the "strongest", died during his mission. After his rebirth, a mysterious system appears in front of him. Follow his journey back to the top and to save humanity!

Three years ago, the animals and plants on Earth underwent crazy and unexplainable changes that included transformations, reversions, and the addition of otherworldly species. And it was the start of a brand-new type of profession in the new generation of humanity - Monster Trainers, people who specialized in taming monsters. On his 18th birthday, the protagonist of the story, Gao Peng, suddenly received the ability of being able to see the attribute data frame of monsters. With his ability, he aspired to become the strongest monster trainer that ever lived while looking for a method to revive his parents!

After killing many monsters, Zhong Kui and his apprentice Qin Shuang found a bizarre connection between these monsters and their some odd setup. Finally they find out that someone is trying to set up an this kind of array in the capital.

Exiled to a desolate and harsh planet, Ayr spends his days hunting giant monsters as his food source. Then, everything changes when a police officer comes and tells him his exile was revoked. After arriving in Askr he learns that a lot of time has passed while he was gone. 100 years. Everything seems to be different now, but one question remains: For what reason was his exile revoked after this long time?

I Am Not A Goddess

The ancient civilization fell and was sealed away, Humans found a mysterious stone tablet and a man that slept for eternities, through researches, they released the 100% virtual world, the federation governments expand across the globe, millions of people immersed within. While the main protagonist was entering the virtual world, his gender changed and became a woman, starting a series of bone-chilling adventures. Reality is entangled within Virtual reality, moving the world towards an unknown direction…

Burning the flame of life to protect all worth protecting is the meaning of my survival. Around the year of D.B3000, mankind entered the second great development era. Space pirates, space cowboys, space hunters, mercenaries, galaxy express, planet accountants, casters... New industries have sprung up. And the space armed escorts have become the heroic occupation of the great development era...

Its been 15 years after the last Great War. While the scars of wars appear to have vanished on the outside. In truth, the world has become a much harsher place. Follow the journey of Felix and Bay on their quest to find someone from their past.

Let Me Game in Peace (Novel)

1 drop of blood equals 1-Up. Other people game overnight, I game overnight and bleed. Ever since the dimensional storms descended upon Earth, numerous dimensional zones have appeared, bringing with them all kinds of dimensional creatures— Immortals, Buddhas, Devils, Angels, Elves, etc. Yet, all these strange dimensional zones can turn into dungeon instances on my phone. Other people risk their lives adventuring, I spend all my time gaming. Monsters drop dimensional crystals that boost stats, imbue new skills, and join me as Companion Beasts. These Companion Beasts fight alongside me or alone, augmenting me with their skills and strength. Rare monsters in real life? I'll just restart the game with a drop of blood to grind it. I really need a blood transfusion.