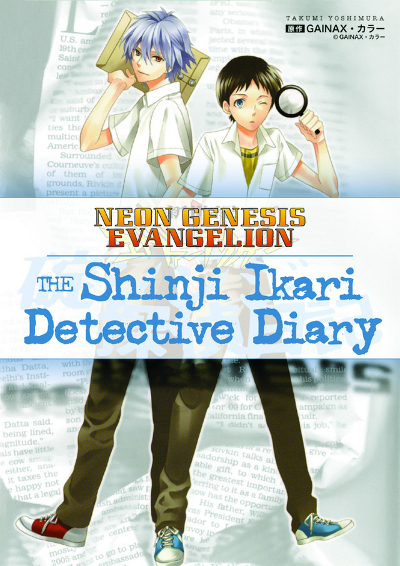 If you're looking for anime similar to Neon Genesis Evangelion: The Shinji Ikari Detective Diary, you might like these titles.

Seiko (with her cat Gonbei) is on the trip to Nagasaki by train, where she met young guitarist, who was supposed to be dead according to newspaper. Things get complicated when Seiko discovered hanged woman in woods near Nagasaki – and it seems that it wasn't suicide, but murder.

Tada is a young man on the fast track to the Cosmo Academy -- a school which only accepts applicants every three years, and whose entrance rate is under 1%. Having passed all the prior exams, the final test is drawing near: survive for 53 days aboard a derelict spaceship with only 9 other would-be cadets to assist you. But much to the dismay of Tada and his peers, their ship has acquired an eleventh member! Can the crew band together to survive the test? Or will sabotage simply destroy them from within...

Mikiko Amane is an elementary-school girl who has transferred schools many times. Because of this, she stopped making friends or getting deeply involved with people, since she knew she would move again soon. She had lived her life with a cool and uninterested personality, but at her new school, she meets a boy with a cat face. She's so interested in him, she just can't help herself.

The Magic of Chocolate

The "bittersweet, mysterious story" revolves around Chocolat Aikawa, a chocolatière who runs a shop called Chocolat Noir. She can grant wishes to the troubled people who visit her shop -- if they give her something precious in exchange.