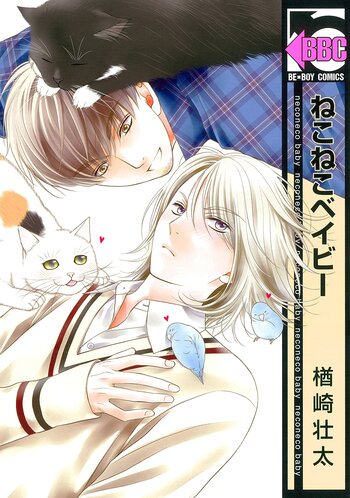 Short, funny stories about the touching and cute relationship between a dog and a cat.

Lumiére's just moved in with his owner and wonders why Lluvia, the cat next door, won't have anything to do with him. Will Lluvia ever come around? A gentle tale of becoming friends, and perhaps something more.

When the Heavens Smile

Takagi, rather a cute and innocent guy, is best friends and class mates with Kumoi, the tall, intellectual guy. One day, Takagi sees a pencil sketch of a person in between Kumoi’s notebook pages, stunned to find a sketch of a man, resembles his older brother. So he asks, “Is that a picture of my brother…he passed away 6 years ago…?” Kumoi responds, “no, no… that’s nobody. It’s just a doodle of a random guy.” Takagi tells himself that Kumoi couldn’t have possibly known his brother and that this was just a silly fluke and the drawing was nothing but a random drawing… but he can’t stop thinking there is something more to the sketch…

On the day of the school entrance ceremony, our protagonist gets carried off to the sick bay. In his feverish daze, he did not see the face of his benefactor. However, he is determined to find him to convey his thanks.

A Sea of Conflicts

The enthusiastic Suhyeon was the first one to approach Ai, who was shy around strangers, and they became friends fast. One day, Suhyeon confessed his romantic feelings to his friend, but Ai ran away. When Suhyeon tried to stop him, he got into an accident…

A couple lives in an apartment with their cat...