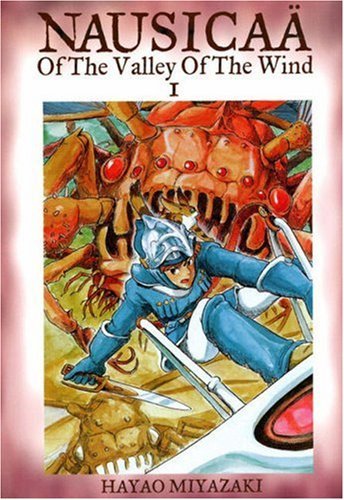 One thousand years ago when humanity was at its peak, the world was destroyed by in an event known as the ‘Seven Days of Fire’. In the centuries that followed, nature took over leaving humans living in fear of a toxic jungle and the giant insects that protect it. Amongst this threat of disease lives Nausicaä, the young princess of a province known as the Valley of the Wind, who possesses a kind heart and an inexplicable ability to commune with the natural world. While all the young girl wishes is for the world to live in peace, her normally quiet land finds itself dragged into war alongside the battle-hungry Torumekian soldiers. Now, Nausicaä must fight for peace and attempt to find a way to save both humans and insects without losing herself to hatred.

Story 7/10My best friend frequently complains when great writers shun editing. He argues that by stripping your message down to its juciest part, it becomes inherently better. With Miyazaki, the jury is out. Most western audiences know him for sumptuously animated movies with simple fairy tale plots that say so much by attempting so little in a narrative sense. But when reading the source manga for Nausicaa, you have to wonder how much of his great vision and ambition he leaves on the cutting-room floor when he makes a movie. Epic in scope, Nausicaa of the Valley of the Wind quickly spirals beyond easy comprehension and explanation as more countries, people, and animals find themselves sucked into the vast sweep of unfolding events. The resulting yarn would (and did) prove too unruly for the screen, but on paper, it makes for a compelling read. The eponymous Nausicaa, the princess of a small country on the border of a vast, hostile, and poisonous forest finds herself drawn into a war in order to honor the historic treaties of her lands. Instead of being swallowed up in the conflict, the girl instead sets in motion a chain of events that determines the course of humanity and radically transforms the world's political landscape. Miyazaki's narrative explodes outward from the first page as each encounter expands Nausicaa's influence and reveals more of the planet's complex cultue and dire situation. The mangaka brilliantly juggles as many as three or four plot threads at a time, holding onto divergent strands, not merely to ensure that they tie back to the main story of his heroine, but to emphasize the scope of the events unfolding within the work's pages, helping the manga play out equally well as both war epic and as the unbelievable journey of one determined girl.However, Miyazaki's already heavy-handed environmental message goes a bit overboard when he lets loose with a flood of text in the manga's final pages. As Nausicaa's adventure winds to a close, the author jumps on the opportunity to lay his entire philosophy out for the reader--and completely ruins the building momentum. The juddering, preachy ending only stings so much because the entire work up to that point had been so carefully shepherded through the twists and turns of a gruesome and bitter war. That Miyazaki felt the need to further drive home his points about the infinite potential of humanity speaks either to extreme hubris or dire insecurity and remains the one place in Nausicaa of the Valley of the Wind where an editor might have improved the effort. Visuals 9.5/10As far as ambitious drawings are concerned, only Masamune Shirow does it better and even then, he needs the help of a computer. Miyazaki transitions between wide angle and close-in shots in perfect flow, ably intertwining vast panoramas and wide-angle shots of mass-scale violence with tight action scenes and intimate close-ups. Like his animated works, he also gives equal consideration to beautiful scenery as he does his action set pieces, conjuring up equal shares of serene and terrible vistas and kinetic fights. All of this drawn in his rough, humanistic hand lends an earthiness to the visuals that sells the story in a way the writing could not manage by itself.Though the large cast nearly exhausts the mangaka's facial vocabulary, Miyazaki makes excellent use of costume design to differentiate the numerous factions involved, as well as communicate character traits when possible. Yupa's utilitarian dress, for example, contrasts strongly with the opulent and ritualist dress of the Dorok Emperor, which itself presents an entirely different impression than the mighty armor of the Tourmekian cavalry. In addition, he varies these general uniforms on many occasions to call out individual choice (the Dorok priests all look slightly different and have slightly unique dress).Characters 9.9/10Setting aside Miyazaki's archetypal strong female lead, Nausicaa, the characterization here is perfect. From Kushana to the emperor, to Master Yupa, to the villagers, to the God Warrior, every soul the princess meets on her journey lays him or herself bare on the pages of the manga. While even the most minor characters show capacity for great fear, anger, or compassion as demanded by the narrative, it's Nausicaa's foils--Kushana, the Dorok Emperor, and the God Warrior--who shine brightest in the cast. In particular, the Tourmekian princess develops magnificently from a cold and heartless commander into a leader on who's shoulders the responsibility for the world's future can safely rest. Her grit, cunning, and humanity rise out of the deep darkness of the broken country of her birth and her resulting mettle makes Lady Eboshi look like a cheap knock-off.Moreover, he rarely abandons anyone. Right up until the end, the mangaka circles back to show us the progress of Nausicaa's original gun crew, or the first group of refugees she encountered way back in the first volume. Each of these auxiliary cast members exhibits a full range of human emotion and resistance to change in the face of the overwhelming events that stands out against a medium full of characters who seem to change quickly once they meet the hero (I'm looking at YOU, Kishimoto).Overall 9.2/10Decades later, Nausicaa of the Valley of the Wind remains arresting and ambitious. Though it nearly overstays its welcome at the end, its incredible visuals and peerless cast make it classic of the genre. If you think that Hayao Miyazaki is merely one of the best directors of animated film, you owe it to yourself to see how exceptional a storyteller and mangaka he can be when he wants. Do. Not. Skip. This. Manga.

Story [7/10] Nausicaa of the Valley of the Wind is a realistic story with a little fantasy added to it. The manga can be confusing since the story alters between different point of views. Because of this I didn’t really enjoy the story. But if you are able to understand the plot and not get confused by the multiple perspectives it would be a good story. The author does a good job on describing the setting and environment in the first few pages of the manga. The author also continues to describe the environment as the poison gets worse, destroying anything in their paths. The first couple of volumes may be boring but it quickly picks up. Art [8.5/10] Even through the manga is old so the drawing style may not be good but the details involved make up for it. In some ways the drawings are better than the current mangas because of all the details stretched. The author uses shading and texture to make the scenery look very detailed and realistic (like the picture above). The characters are also well-drawn and detailed. Characters [8/10] The characters are very well developed and diversed. Especially the princess who character is further developed as she goes on her journey and meet new people and villages who helps her on her journey. The author make their personality fit with their role or character in the story and make it so the reader can know the characters really well. Each of the villages speaks their own language, has their own beliefs, and dress differently, that give them a diversity and personality to it despite not being a major part of the story. Even the supporting and minor characters are well made. Overall [7.5/10] Nausicaa of the Valley of the Wind may be confusing but the storyline is original and unique with well developed characters and an interesting plot to go along with it. The only thing that I don’t like about it is the multiple perspectives. But don’t let that keep you from reading it. Secret Santa 2014 Review 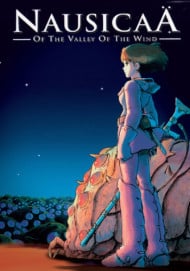