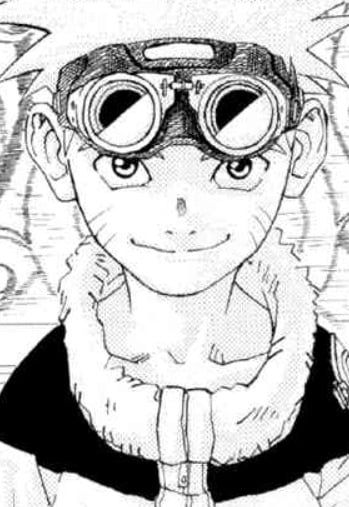 This is a very different story compared to the Naruto we all know and I agree with SaintsKoi, I like the changes in the current one compared to the story this presents. Naruto is the same goofball as ever but he's a demon's child instead of a child with a demon suppressed inside. The Kage is a Chief and his design is terrible compared to the mainstream manga.

Art is visually similar to the mainstream manga and the characters are pretty similar, so they get an average score from me. If you're a Naruto fan this is one chapter you must read.

I would fully reccomend any Naruto fan reading this. It may be short but it is a cool version of the world of Naruto. I am personally glad they made the chages they did, but I am happy this version exists.

Baby Naruto is adorable in this version.

An overly sappy story about the child of the nine-tailed fox being sent to the city to make a human friend. Fe's framed for murder and art theft and has to track down the real culprit, learning to trust others and wanting to live up to the trust placed in fem along the way. Fe has shapeshifting powers and a strong sense of smell.

Compared to what Naruto eventually became, this is vastly different. And worse. It's an urban fantasy set in the modern-day world with cars and guns. And those able to use jutsu are on the fringes of society. And the only hook is that Naruto has powers and has to learn to fit in with the human world, which isn't very compelling.