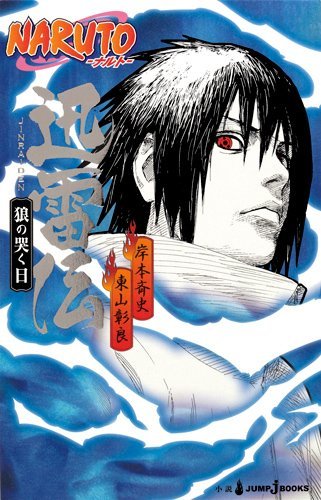 If you're looking for anime similar to Naruto Jinraiden: Okami no Naku Hi (Light Novel), you might like these titles.

Drawn to the mystique of the unknown, Hunters travel the world in search of terrifying creatures, incredible riches, and unexplored lands. Gon Freecss is a naive-yet-determined young boy who aspires to join the ranks of these individuals, in order to find his missing father Ging - a master of the profession himself. To reach this goal, he boards a ship from his home on Whale Island to partake in the formidable Hunter Exam, a series of tests that push the participants to their physical and mental limits. But soon, the boat is thrust into the middle of a horrible storm and strange monsters begin to attack! While Gon and newfound acquaintances Leorio and Kurapika struggle to keep the ship afloat and on course to the exam, little do they know the trials have already begun!

Life's never boring in Kagura Total Security, especially not for Taba Yoichi; he's surrounded by an office full of trigger-happy, ass-kicking beauties! Specializing in the eradication of Phantom Cats, the team uses any means possible to trap these data-phantoms before they can take over important pieces of technology. However, when Kagura Total Security has one of its own kidnapped, it's up to gun-toting Umezaki, speed-driving Himehagi and fist-flinging Randou to bring her back!

Toki no Daichi: Hana no Oukoku no Majo

Gidoron is an organized colony of extraordinarily advanced ants, who have a higher intellectual power than that of man. They turned three kids into micro insects. The kids tried to reveal the existence of the Gidoron to the people but...

After defeating the evil Chaos, Syaoran and the gang have arrived in what appears to be an apocalyptic and run-down Tokyo – a city in which acid rain has destroyed the buildings and taken numerous lives. The atmosphere is ripe with tension, as the city’s remaining survivors have formed clans in hopes of protecting the underground wells from other clans and strangers alike – strangers like Syaoran and friends. With Sakura’s remaining feathers being located in the wells and opposition at every turn, the feathers’ retrieval seems dire, and Syaoran will finally face his most dangerous enemy...

In the midst of an adventure to find Sakura’s feathers, the gang is transported to a world called “Birdcage Land”. At first glance, it looks like a peaceful place where people and birds live together, each person having a lifetime bird companion; but beneath the façade is a terrible truth: Princess Tomoyo and many citizens are hiding from the evil King, who wants to use Tomoyo’s powers send the world into eternal darkness. Sakura and her companions decide to help the people fight against the tyrant and rescue their bird companions which have been kidnapped. Can they restore peace to the land?