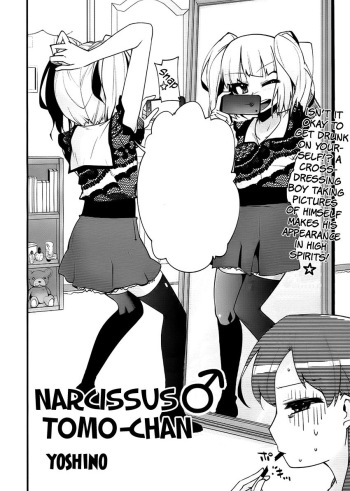 A trap named Nono goes to his lesbian friend, Sei, to become cuter than he already is...

Nono is a cute trap who wants to become cuter. Sei-chan is, according to Nono, an ultra-sadistic, full-blown lesbian. Will Sei-chan fall for Nono-senpai's charms?

Having upset the president of the student council and embarrassing her in many different situations, Tsukasa is forced to do a small "punishment" by the president.

A Trap Can Use a Girl's Weapons

A young boy discovers his girlish charms to fight back against his older brother forcing him to crossdress.

A short one-shot about a cross-dressing boy questioning his gender identity.