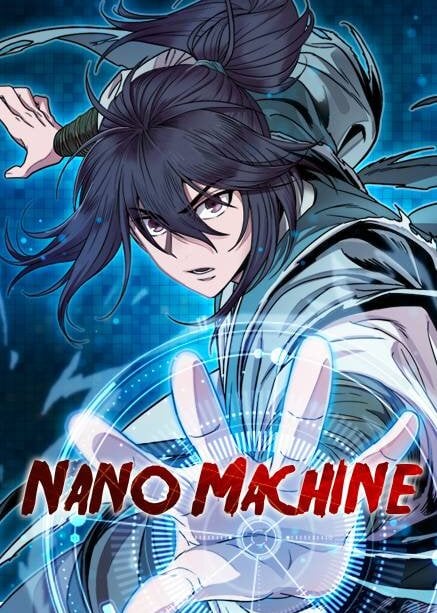 both are located in murim, both mc are descendant of strong martial artists and thought to have no power, both secretly got martial powers greater than others and seek revenge in secret against their fucked up world hierarchy

they have sad beggings but become legends

Both are unforgettable reads. You will not be dissapointed reading either of them. Both badass and OP MC's.

They are written really god and drawn beautifully.

although one is martial arts while the other isn't, both recieve strong powers and rule everyone in the end. Also, both of them were once extremely weak

Just from the name you can literally say that MC in Nano Machine literally started his life after "the end". He was at the brink of the dead.

Both MCs are smart and have their ways of improving.

and they are cool and amazing

In an ancient world where martial artists reign supreme, Unseong can only watch as his master is brutally beaten to death after a false accusation of practicing forbidden demonic arts. Even after a valiant fight, he fails to kill those responsible and faces his own end. But fate has other plans… Instead of taking his last breath, he awakens as a child, training to be an elite soldier of a demonic sect. Now Unseong must embrace the demonic arts and harness power in his ultimate quest for revenge.

Both very good am up to date on both and enjoy them a lot. Both about Martial arts, with a heavenly demon/ruler demon they look up to. They are also both striving to and becoming the strongest.

The MC's are also both driven by revenge in the beginning, but learn that anger isn't the answer. So i think the vibe of the MC's are verry similar.

The son of a lowly innkeeper, Wumoon Song always dreamed of being a martial arts master, a dream that would never become a reality thanks to his frail body. Then one night, a mysterious guest leaves behind a painting as payment that enthralls Wumoon for reasons he can’t explain. It soon becomes clear that it’s no ordinary painting when Wumoon starts showing prowess in the martial arts he’s never had before. Thus begins the path for a scatterbrained kid to change his destiny and become truly undefeatable!

In the real world, Taehyun Kim has a boring low-effort life, but as a virtual reality gamer, he lives for a harsh challenge. Why become the best player in the world’s hottest online game if you’re going to do it the easy way? Warrior? Nope. Rogue? Nah. Taehyun wants to reach #1 as a blacksmith or, even better yet, unemployed. Unfortunately for him, his natural skills keep interfering, and this game likes him way too much! Seriously, how the hell did he end up as the god of luck?!

Both have great action scenes and are funny!

MCs are smart and have comolex personalities.

They are completely different, but are both really enjoyable.

A door to a world of monsters emerged out of thin air, those who possess superpowers now bear the responsibility of fighting them. Bai Yu, known as the "strongest", died during his mission. After his rebirth, a mysterious system appears in front of him. Follow his journey back to the top and to save humanity!

Both MCs kind of rebron.

One is literally reincarnated in different body 2 years after he died and the other got "nano machine" system when he was almost dead.

Shin Youngwoo (a.k.a. Grid), an unlucky man in life and a low-level player in the popular VR game “Satisfy,” finds a powerful item that earns him a rare legendary class title: “Pagma’s Successor.” He’s now a skilled blacksmith who can forge unique weapons and equip the game’s most powerful gear. Grid resolves to use his new abilities to achieve fame and fortune, but as his very existence begins to stir up trouble in Satisfy, he realizes that life as a legend may be more than he bargained for….

They remind me of each other because they are both about technology in a way.

One is about gear in a game and the other about the latest technology achievements.

Both MCs use some kind of technology to improve themselves.

From future to the past and from the past to the future - two eye-catching, great and unique stories.

They have fantastic action scenes, great character development and stories that are truly different even though they have elements that reminds of other stories.