Nanotechnology meets martial arts at the Mashin Academy. Yeo-un’s mother may not be one of the High Priest’s six official wives, but his father’s blood still qualifies him for a chance at the position of Minor Priest. Will a mysterious nanomachine injection from a future descendent help Yeo-un in this fierce competition against his powerful half-siblings?

Maybe the first time ever I've rated every aspect of a manhwa (story, art, characters) a 10/10. This is just SOOOOO fcking great. It's even unfair to call it good. Author clearly had a plan from the beginning and isn't afraid to hold back on every aspect of the story. First of all, CHARACTERS: I love it when revenge stories have imperfect protagonists, because you just know they'll screw up and will have to fix their mistake, which will serve as major character development. But this story went wayyyyy beyond that. You would think that MCs in revenge type stories are always bound to make good decisions, because they have been backstabbed/betrayed/treated unfairly. But this author isn't afraid for his MC to fck up. Instead of fixing it, he sticks with his mistake, lives with it, aims to become stronger to bear the consequences that came from that huge fck up. As a reader, I sometimes find his actions questionable and too cruel, but you actually get to see him endure the consequences. And I love how you can see the development of every character around him too. They grew with him and and they actually have individual personalities! Also the mentors around him are just A++++ they watch over him and give him advice and teach him how to become better. ART: Of course, the art is magnificent. It's been 90+ chapters but I'm still so satisfied whenever he beats up his enemies. Especially if they did something underhanded, MY GOD THE PAYOFF IS SO GOOD! The rage scenes are also splendid and it's fun to see how powerful they illustrate the other characters' fights as well.  STORY: The revenge trope is something we often see, but cliches done right are always the best. That satisfying feeling when you see MC fck shit up for the villains who deserves is almost goosebumps-enducing. Especially his fights with the "bigger" villains. My god I clap every damn time. I love how the plot doesn't get side tracked as well. You know what his perceived endgame is from the beginning, it's just that the endgame get bigger and the stakes get higher every arc. Which always make me anticipate. I love good story telling! Overall, this manhwa deserves all the praises and attention it;s getting! 11/10 recommend!!

Is this manhwa beautiful? After reading more than 100 chapters, I must say that I was pleasantly surprised by this manhwa, although the last few chapters were not exactly the best, I have many expectations that it will continue to remain interesting in the future, hoping it does not fall into ridicule. Story = the story has very specific objectives to follow, for most of the chapters we would see how the protagonist will manage in an academia to become stronger, there are many secrets and mysteries to discover as you go along, although now I would like to see a little more challenge for our protagonist, who has achieved everything very easily so far. Art = the art is very beautiful, the fighting designs are fantastic, and I really like the design of the characters as it was made. Characters = here there would be some things to say, the characters I found for the most part normal, but no one except the protagonist has a characterization or evolution to make you remember them completely.Yeo Woon Cheon: I had many expectations for the protagonist who unfortunately were quite disappointed, at the beginning despite exaggerating when he had to take revenge on his enemies, he seemed to have a margin for growth that would have led him to mature throughout history, unfortunately it was not thus, he becomes more thoughtful and attentive, but the acts he performs to obtain his revenge or to achieve his goals are nothing short of creepy, so much so that now he seems to me a cold and calculating psychopath. Too bad, because at first I liked him, but now I don't like this protagonist very much.Two small criticisms for this manhwa, the first is the strong lack of a dominant female character, there are some female characters throughout the story, but none of them are really relevant to the plot. The second is the end that the first prince has made, it would have been interesting if he had been the final opponent of the protagonist before he leaves the academy, but the management he had was nothing short of bad, a real shame . Comment = For now the manhwa has gone well, although the last few chapters have not been the best, I hope it improves in the future, in case I suggest you take a look at it because it could be a pleasant read.

i never write reviews, but this will be my first. this shit was sooo good that i gotta write review. MC is super cool, nano machine is good "master" and lot of things are in secrecy needed to be solved. this manga has quite potential and i hope it'll continue being epic. 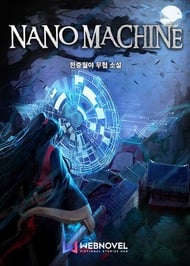