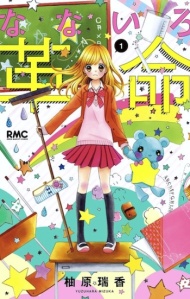 Ever since primary school, Nana has never been able to refuse the wishes of her friend, Yuyu, even if they were unpleasant things like matching outfits and hairstyles...She wanted to change herself! A story about real friendship and sympathy.

296 users are tracking this. Log in to see stats.

As of August 2017, Nanairo Kakumei is tagged as shoujo and school life. But in all honesty, Anime Planet should, first and foremost, tag it as DRAMA. When I started reading this, I did not expect the manga to be verrrrryyyy overdramatic. According to the synopsis, it seems like this would be a cheesy, generic story targeted toward a young female audience: "A story about friendship and sympathy". Truthfully, I am a sucker for shoujo manga and anime. A tale about middle schoolers discovering true friendship sounded like a relaxing series to read. The author stresses a recurring theme about change and how important it is and how greatly it impacts life. However, for all the continuous misfortune for the main protagonist, change looks like the worse and most horrible thing ever. STORY: *Warning... Mild SPOILERS* Nana is troubled because she is pushed to do whatever her elementary friend Yuyu orders and practically forces her to do. When Nana realizes that it is to for her to change, she stands up for herself and that's when the story starts to lift off. If anything, her big announcement to change is probably the best moment in the entire series so far. However, the events leading after that is when the plot's downfall begins. Obviously, drama would arise if someone were to announce that they are not going to comply anymore to their best friend and class. Don't get me wrong, sometimes drama is what makes a series more interesting and spicy. It usually helps forward the plot. However, for all the future events in store for Nana, the drama is slightly detestable. It's like the characters don't know any better options. It's very similar to the feeling you get when school life TV shows or films have the characters fight but don't ever makeup. Or when there are many unanswered questions. The feeling of unsatisfication! If the author purposefully intended for readers to feel that way, then kudos! One example of drama is when Nana and a future "friend" fall in love with the same guy. Pretty cliché and not really original, but it can be executed properly. However, because the two girls are so faulted, the results are AHJKNYUSHDGCBSHSZKKSIKI...But the real question is, why am I reading this manga...? Most likely so I can find closure and peace once the main character has a happy ending (let's hope for that). In other words, I'm probably lowkey hooked, even if the story is disagreeable. Gotta give points to the author for this..! CHARACTERS: THE REAL PROBLEM NEARLY EVERY FEMALE CHARACTER IN THIS SERIES IS F***ED UP. Even the most innocent girl, who becomes Nana's "friend" in the future turns out to be selfish and a horrible companion! I won't point out who has what trait but the girls are indecisive, insecure, selfish, cunning (for bad purposes), selfish, liars, etc. They are so IRRITABLE that it makes me so frustrated and annoyed. SO INFURIATING! Makes me wish I was in the manga itself to correct these girls' personalities. But because these traits are presented in a school setting, it's common to find them in girls. Every human is selfish at one point. I gave a few points for the character section because Nana eventually realizes her faults, well somewhat... The girls are so hopeless in trying to resolve fights and relationships. When it seems they may reach a truce, someone just has to mess up and create worse and worse problems. The male character in the series also notices how troubling the characters are, so that was a nice detail. If you read the manga, you may understand how hateful the characters are. But then again, the author is triggering my feelings... intentional? ART: One of the sole achievements of this manga. The art style is pretty similar to other mangas but it's  detailed and you can't really point out many flaws. Good job. Real question: Do I recommend this manga o.O ?? no, but drama is good to read after post-depression once you finish a good series...mm nah 5/10: I'm still reading it and I may change it after finishing. Enforcing that there is always hope and she finds happiness would be a nice ending. 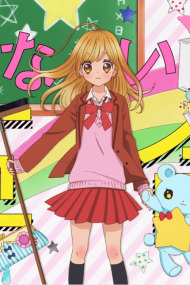