My Youth Romantic Comedy Is Wrong, As I Expected (Light Novel) - Recommendations 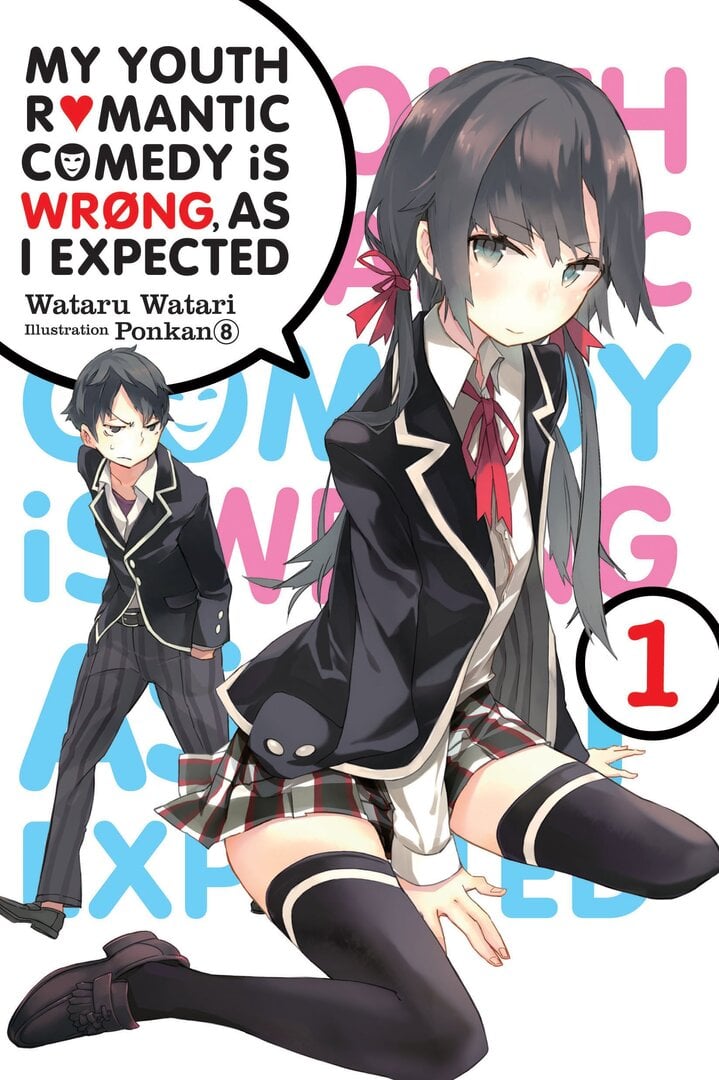 If you're looking for manga similar to My Youth Romantic Comedy Is Wrong, As I Expected (Light Novel), you might like these titles.

Both romacome , if you like the unique personality of An MC with the cold beuty heroine and the energetic clumsy rival then this is what you are looking for they both have this excitement of walking through the process of thinking and analyzing people's personality

Kurusu Kurougo is a high school student who loves kabuki to an almost obsessive degree. His school doesn't have a kabuki club, so he determines to create one. However, finding other people with a passion to match his own will not be so easy...

Yuuki Akamatsu, is a boy who joins the staff of his school's second newspaper. The editor-in-chief Ayaka Nikaidou immediately assigns him to the life (Jinsei) advice column. There are three girls; the science representative Rino Endou, the liberal arts representative Fumi Kujou, and the physical education representative Ikumi Suzuki. They answer requests from students about whatever is troubling them. The three girls, however, can never agree on anything, so Yuuki must mediate between them to choose the best advice.

When Haruhi Suzumiya introduces herself to Kyon by asking if he's an alien, time traveler, or psychic, he knows his chances for a normal high school experience are ruined. Bold Haruhi takes a shine to him, and uses the force of her irrepressible personality to draft him into her club to find paranormal beings. Kyon soon discovers what she's looking for: Haruhi herself has the power to destroy and create entire universes at her whim. But if she knew about her ability, it could spell disaster for everyone.

Mayumi Dojima, a second-year student at the exclusive Yubiwa Academy middle school, has lost something - a star she glimpsed just once, ten long years ago. But help is on the way, in the form of the unofficial, secretive, and thoroughly mysterious Pretty Boy Detective Club! Rumored to solve problems within the school (most of which they themselves may well have created) for reasons aesthetic rather than financial, these five gorgeous boys sweep Mayumi into their world of excitement, danger, and overwhelming beauty.

The girls in a high school literature club do a little icebreaker to get to know each other: answering the question, "What's one thing you want to do before you die?" One of the girls blurts out, "Sex." Little do they know, the whirlwind unleashed by that word pushes each of these girls, with different backgrounds and personalities, onto their own clumsy, funny, painful, and emotional paths toward adulthood.

A group of five boys and girls suddenly acquire supernatural powers. Ready to fight in galactic battles to defend human cause… they are struck by the realization that there are no wars, no conspiracies, no evils empires, no nothing in their high school life. They instead decide to idly have fun by wasting their powers away.

The Cultural Research Club is an eclectic bunch: a pro wrestling fanboy, a goofy ditz, a master of snark, a laid-back jokester, and a total girly-girl. Their peaceful teenage lives are turned upside-down, however, when they suddenly and inexplicably start swapping bodies with each other. At first it's all wacky hijinks... but then things get a little too personal. Boundaries are crossed, and dark secrets come to light—secrets that threaten to destroy the very foundations of their friendship. Who—or what—is causing the body-swap phenomenon? Will it ever stop? But most of all... can their club survive it?