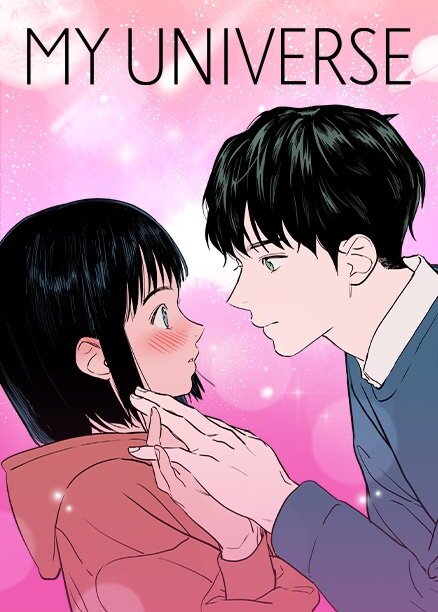 Chiyo, a homely high school girl, hates the handsome Tsubaki for his cruel ways, but she can't help but have a crush on him at the same time. Pushed to the breaking point, she prays for him to go away, and that's just what happens. But where does alien possession fit into all of this? Read and find out.

Female lead has a crush on highschool student, Tsubaki. Tsubaki is cold towards girls. He then gets possesed by an alien!

"We need you Earth Ling" Earth, a 'down to earth' college student by day and K-Pop fangirl by night is asked to take on a challenge from a different planet. What on 'Earth' will happen?

Boy From the Future

High school students Dain Son and Sihyun Lee could hardly be called close. One day, Dain is approached by a man who claims to be Sihyun from the future. What’s more, he says they end up dating and he has traveled back in time to stop a murder. As Dain and “future Sihyun'' become more involved, Dain and “present Sihyun”’s friendship also changes. What will become of such entangled relationships? How will the future change?

In the year 2099, science has advanced beyond belief. Jane, the school's resident loser and daughter of the world's leading robotics engineer, finally lands a date with her crush on New Year's Eve. But her world is turned upside down when terror strikes, and she discovers the truth about her past.

The Sound of Another

In the near future, everything we experience in our everyday lives can be marketed as content for the masses. On the top video-sharing platform, Vvolume, content creators compete for views, likes, and subscribers in a fierce struggle for fame and wealth. The glitz and glamour of the “Vvolumer” lifestyle takes its toll, however, leading top livestreamer Songyi Baek to make an attempt on her own life -- only to meet Seungho Nam, a kind and hardworking young man with a voice like honey. Brought together by fate, Songyi and Seungho must navigate their way through this digital society, where every aspect of their lives is on display for the world to see.

With a smothering, toxic gray sky, life on earth is no longer the same. Io has been wearing a Purity Suit for 28 years, until he discovers that it had been defective his whole life. With only a couple of years left to live, he meets Joan, and his life starts to go in a new direction.

The Story of Cheol-su and Young-hee

"What is your identity?" One day, his partner Woo Younghi suddenly appeared. I don’t think she’s human…? Younghui, a robot who comes to school to learn about emotions, and Chulso, a robot who helps Younghi and express her emotions. But… The more time he spends with Younghi, the more he develops feelings for Chulso? The story of the two of us in a world that no one can enter!