My Return to 2007 - Recommendations 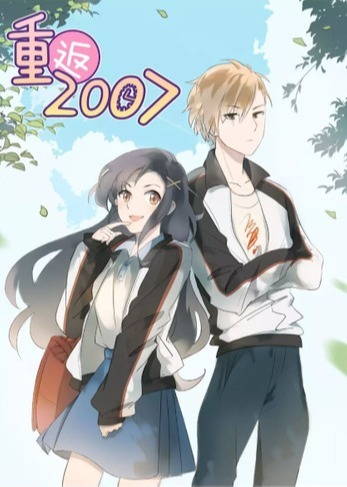 After experiencing the tragic death of her family in her previous life, Mo Jiaojiao has been reborn back into her 3 y/o self! This life, she decides to enter the palace earlier to save Mo Yuan State, but never would have thought her papa was a cruel tyrant. He not only forced her to learn etiquette, but also kills without reason... After, Mo Jiaojiao becomes the little princess most doted on, and even connects with that hostage from the enemy state. The tyrant can only angrily warn: all of you scram! Jiaojiao is a treasure that belongs only to me!

The villain Ling Chen has a history of hate and violence with the hero, Ye Zimu. Out of nowhere, a reset triggered Ling Chen to return to when he was 17 years old! He has a chance to stop the hero in his path, before Ye Zimu grows to become his worst enemy...

It's All Black Stocking's Fault - Part 2

The second season of It's All Black Stocking's Fault.

It's All Black Stocking's Fault

Liu Mang, now 30 years old, was a good student in the past. But his life wasn't good anymore. One day, when he was massaging his boss' legs, he fainted and went back to the time he was 17 years old. Knowing that studying hard would be useless, he decided to change his fate, and do things he'd never dare to try in the past.

The Brocaded Tale of The Girl Si

Her unfortunate life began with a marriage of which the two families didn't match. Her first husband detested her for killing his first love; her second husband, despite showing great favor, only regarded her as a substitute? Now that Jiang Si has entered her new present life, she is determined to define destiny all by herself!

Calliope Rustichel’s family dies one by one in a series of tragedies. Just when she had given up all hope, a mysterious woman grants Calliope a second chance at life. Little did she know that chance would literally start from birth! Now stuck as an adult in a baby’s body, Calliope must uncover the conspiracy behind the death of her family and use her memories of the past to change the future… all while learning how to walk and talk! Who said being a baby was all naps and diaper changes?

On the day of Sera's wedding, Gaon helps Sera run away from the wedding and Jiho blames Gaon for it. A few days later, Sera visits a psychic and tells her that she wants to go back in time when Gaon and Sera were best friends. Sera asks Jiho to apologize to Gaon for yelling at her and plans for the three of them to meet up at a cafe. On their way to the cafe, all the lights suddenly go out. Gaon and Sera wake up to realize that they have time-traveled to their senior year in high school. And it turns out that Jiho, Sera's fiancé, was in the same class.

An impossible crush, a wish to make a difference. Henry Kim, a 28-year-old private academy teacher, realizes that he has returned to the day he was taking he CSAT exam. Everything started with a phone call to his best friend Chance, who he had a crush on for ten years. When Henry received an invitation to Chance's wedding, he gets drunk out of a depression that he'd lose his best and and his crush and speaks his true heart on the phone. "I wish you never met Lucy..." As if his wish had been answered, Henry travels back in time to the point where Chance and Lucy had not met yet. Now, it's up to Henry to correct his hasty wish and put an end to his long and painful crush.