My Next Life as a Villainess Side Story: On the Verge of Doom! - Reviews 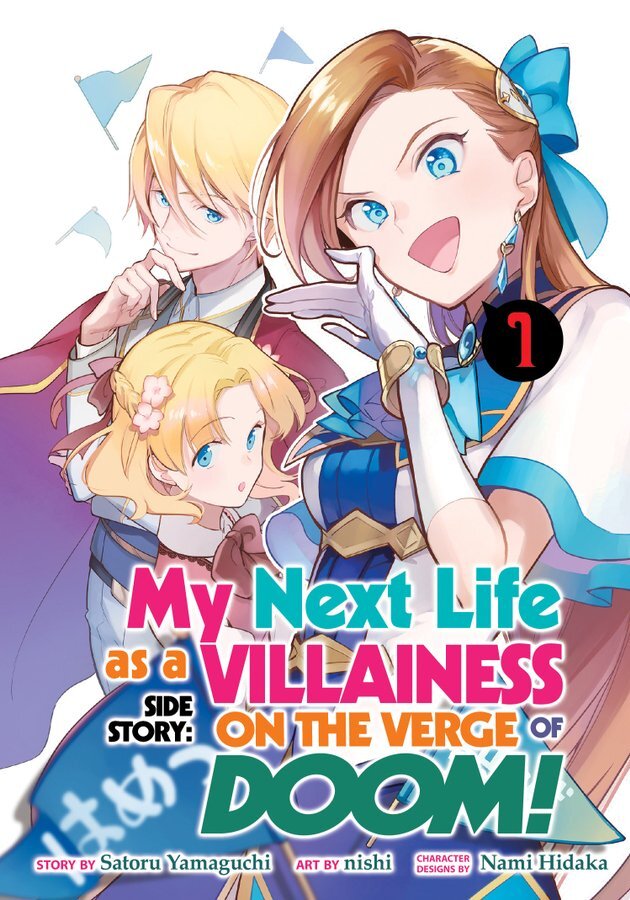 This is the same story as My Next Life as a Villainess: All Routes Lead to Doom! except if Katarina hadn't regained the memories of feir past life and of the fact that fe is living in an otome game until the first year of the Magic Academy had already started. That original story heavily implied that all of the characters' negative personality traits had already been set in stone by the time they had reached their teenage years, so Katarina had only been able to alter their courses in that version because fe had started so early in their developmental stages. So, when this version of the story has fem starting years later, the expectation is that it should already be too late to affect their personalities and that Katarina will have to resort to much more drastic and/or creative strategies for avoiding a bad ending. That's the expectation, but that expectation doesn't bear fruit.

I was hoping this would play into new space, with Katarina finding entirely new strategies because of the additional time constraint. But feir strategies actually end up being pretty much the same. Even feir methods of befriending some of the characters are the same. The biggest difference is that at this point Katarina has actually done stuff in the past that fe feels fe has to apologize for--to Maria and Keith, for example. And fe's developed a bad reputation, so people will sometimes comment on how fe's changed or on how fe doesn't match what they expected. But other than that, fe wins over Mary, Alan, Sophia, and Nicol in pretty much the same way and fe has several of the same quirky survival strategies like snake-throwing and field-plowing. In this version, fe does take up sword lessons from a teacher named Gerran and one of feir followers, Sienna, also becomes a major character, but those hardly make the story feel unique. It's such a rehash of the main series in fact that I found myself wondering what the point of making this version even was--is it just for the dogeza?

In general, the artwork felt as though the artist was taking shortcuts. There are many panels and scenes which feel pretty chibified and even more where the faces just felt a bit sloppy or simplistic. And a large percentage of the backgrounds feel empty or only cheaply thrown together.

Man, I really loved this manga despite its flaws. It's one of the few that I've read and really found myself amused over when I wasn't yet aware that otome isekais were a thing. This was somewhat a pioneer in the genre, especially since it's the first otome isekai work that actually had an anime adaptation. If I'm wrong, feel free to correct me!

The FL is a lil dumb and airheaded, who wants to fix her problems by immediately bulldozing and surprising the capture targets with her polite audacity. It's a spin-off because the original concluded way before and they wanted to see what life would be like if she reincarnates before she had the time to prepare for it.

I just loved the concept for how self-serving it is. I feel like the author of this wrote this because they genuinely loved the world and the characters. This was an exploration of the tropes that they loved and I can see it for how it is.

Should you read it? If you like a cute, dumb female lead with a harem-esque ending sure! Don't take it seriously and enjoy it as a fluff piece of the genre, which should be how it is taken.

My only frustration is that I feel like there's so many more ways for the author to explore the world and the characters and it ended a bit too abruptly. I'm not sure if it was axed at the 19th chapter but it definitely has ended.