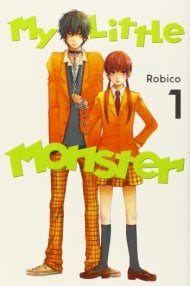 Mizutani is a self-absorbed overachiever, concerned only with maintaining the highest grades in school. Haru is an impulsive short tempered brute, who scares everyone with his explosive bursts of violence. Haru gets suspended on the first day of school when he encounters some bullies harassing a student and dispatches the bullies with great bloody violence. Mizutani is tasked with delivering school materials to Haru who interprets this as an act of friendship and latches on to Mizutani, much to her dismay. And so begins a strange and potentially combustible relationship!

It tries to create the impression of relationship progress, but it just feels like they keep arriving at the same epiphanies and retreading the same ground over and over again. The main couple literally has multiple confession scenes. They reaffirm and restate the same things they appreciate about each other. Especially in the beginning, it just feels like they're going in circles because the author needed to artificially create some semblance of romantic tension--they literally flip back and forth multiple times on who's the pursuer and who's the one being pursued. And the jealousies and awkwardness that stem from the love triangles aren't interesting. Probably because the love rivals aren't ever in a position where we readers would consider their rivalries to actually be rivalries. And in that sense, the romance is pretty linear. If we look at Ao Haru Ride in comparison, we can see actual uncertainty and legimitate shifts within the love triangles which this story just doesn't have. The only drama is the characters having some insecurities or wavering feelings, but there's never any question about whether this couple will actually end up together or not. While I don't necessarily encourage a soup opera plotline that seeps itself in relationship drama, if that's what the story is going for, then they should do it right. And it seemed like this story wanted to have all the love triangles, but without any of the actual tension and heartache that can stem from legitimate love triangles. Honestly, the only romantic yearning I found at all interesting was between Natsume and Mitsuyoshi. Even the main couple's romance was just alright. Other than the romances and love triangles (which aren't the best), this story leans heavily on its eccentric characters and the mass gatherings of friends. At first, the extreme nature of the main characters' personalities made them stand out, but over time I think it might've just made them less relatable. Haru isn't just a free spirit, fe's the freest of spirits who has unorthodox tastes in decorations and condiments and forms strong emotional bonds with a chicken (to the point that fe carries it with fem at feir wedding). Shizuku isn't just studious, fe's obsessive about feir grades and sees an ideal date as a study session in the library. They do include some character growth, and that's definitely appreciated, but the personalities can still feel like a bit much. As for the large-group hang-outs (which I think are intended to glorify "youth"), they got old pretty quick. They include a few too many trips and birthday parties and school events for my taste--in addition to being the primary excuses for the friend-orgies, they just felt like a cliched view of a high school experience. The best chapters were those that delved into Character X's daily life and the worst ones were those that just showed everyone getting together as a group. And it definitely felt like the story was more interested in the friend group than the friends, but maybe that's just me. I was relatively invested and entertained by the story until about chapter 26 or so, but then I went through a stretch of boredom (until chapter 39) because it felt like the story had already played through all the drama it needed to play through and anything beyond that was just going to be repetition of what had already happened. Chapters 39-45 did introduce a plotline that felt fresh and interesting again, with a touching coming-together that acts as the climax of the entire series. The only thing that mired it was the inclusion of an uncompelling love rival event--which not only lacked any tension, but was also retreading previous ground since there had already been a confession/rejection event by those same two characters.

The story of this romance comedy was very good in my opinion, even though I mostly dislike the Romantic Comedy Genre I got interested in this manga, and it was damn wholesome, especially at the end, the wedding between haru and shizuku was satisifing. Still for some reason anime planet didn't include special 13 vol. with the wedding scene. The art of MLM is very good, one of the best I have ever seen thorough my 500+ manga history, it's just so satisfying for the heart.[Sorry for my english, but I don't use english everyday] 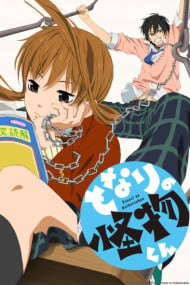 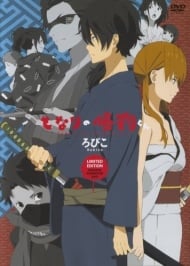