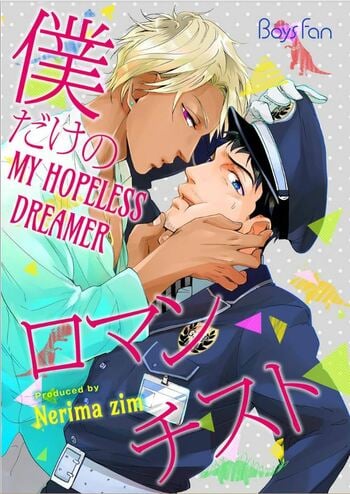 Virgin omega Souchirou has no interest in sex or romance. A neat freak who shudders at the mere prospect of coming into contact with the bodily fluids of others, he has decided to forgo marriage and instead focus on his goal of becoming rich and entering the world of politics. But destiny has other plans in store for him when he goes into heat during a business trip and encounters his fated pair; a handsome foreigner who carries him off to bed for a night of exquisite pleasure. In the morning, the no longer virgin Souchirou awakens to find his new lover has disappeared; but he soon discovers that his mysterious paramour is actually... a king?!

Brilliant young Eugene has to hit the books both day and night! After all, as an impoverished scholarship student, he's got to keep his grades high or he'll get expelled. Too bad he's attracted the attention of the school's most sought-after guy...the incredible Prince Willis! Why is a royal hunk obsessed with a scrawny, fussy nerd?

A rendezvous through the glass window between a young president and a window cleaning worker! Hakuhou Tamaki is the young president of Hakuhou Foods, one of the leading enterprises in Japan. He had given up on things called family due to his father’s continued marriages and divorces, and until now thinks that he doesn’t need a romantic relationship in his life. However, the moment he met the eyes of the window cleaners Yashiro Jin over the window, his world completely changed!

In order to save Okanoue Shopping Center and help his brother continue with his dream of being a concert violinist, Akira, the owner of Sudou Fruits and Vegetables, decides to become a lover of an employee of the development company. Unbeknownst to him, his lover is Motoya, the grandson of the owner of the company and now current head of the division preparing to buy out Okanoe shopping center. Can their relationship withstand the truth?

The man is troubled by he and his partner's difference in social status.

Alone In My King's Harem

A concubine falls head over heels for his king. But what happens when the king's ambitions blind him to that love?