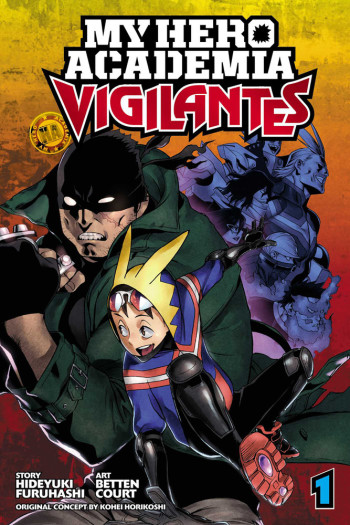 Sorry for my english but it's not my mother toung.

The best word to describe this is mediocre. If it wasn't a spin off it would be unknown. The story is nothing special, the art good, caracters normal. Started reading this manga because i thought could be useful for the main opera and also fun as stand alone manga but no, after you realize that it adds nearly nothing to My hero academia you lose intrest coz it's not that good. 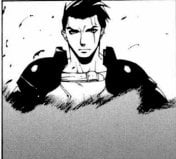 MHA:V is one of the rare cases when a spin-off is just as good (and sometimes even better) than it's source material.

Let's break it up:

STORY
Vigilantes builds on what's already built. Is this a bad thing? Quite the contrary in this case. Even though its building on the same field (same world, some already known characters, same hero society setting), it manages to make a name for itself by focusing on the outcasts and average-joes/janes of hero society.
While MHA focuses on Midoriya, his personal quest on becoming the number one hero and the rest of top heroes, Vigilantes introduces us to a new character: Koichi.
Koichi is just your average looking guy with an average quirk and an average life. He thrives on helping people with small things, like helping an old lady cross the street. He is no superhero, he doesn't have friends that are going to become top heroes one day, he even tried to get into a hero school but failed because he saved someone and lost his chance.

Now why is this interesting?
Because early on he gets involved in vigilantism. In a 'hero society', only approved and licensed heroes can use their quirks on public, Vigilantes use their quirk without said license in order to fight crime when heroes aren't doing their job.
This brings us to our second point.

CHARACTERS
Characters are by far the strongest point of MHA:V
Koichi (our MC) is a highly relatable individual, he's just your average joe, someone that could be a back-character in MHA, an unnamed civilian, someone who just lives an average life but likes to help people with his average quirk. That's until he meet Knuckleduster.
Knuckleduster is a badass, muscular, strong, violent and quirkless individual. Think Batman on MHA universe. He ends up involving Koichi on Vigilantism while keeping an hidden agenda.
Afterwards another individual joins them and they become some sort of Vigilante group that keeps peace on the streets of this small town called Naruhata.
We also meet up with some familiar characters like Eraserhead, All Might, Midnight, Ingenium and some new ones like a top american hero. All of them are presented on a younger self (MHA:V happens some years before our main story) but all of them help us understand how society works as a whole, how the police and heroes knows of vigilantism but turn a blind eye to them most of the time, we even meet Eraserhead classmate who plays a somewhat important part on the main story.

The characters, their backstory, their motivations is what carries everything forward.

ART
MHA:V art is not it's strong suit. You're not gonna find breathtaking shots, impressive linework nor panels that makes you stop for a minute to appreciate everything.
Is it bad? not at all.

It's clean, everyone is recognizable and most importantly it works and that's fine. It even have lots of funny easter eggs hidden around. Just don't expect Nihei's or Miura's level art.

So... should you read it?
If you like MHA I believe it's a must read.
If you didn't like MHA give it a try, maybe you'll like it more (I like both but I prefer this one)
If you haven't read any of them you're better off starting with MHA to get a better grasp of MHA:V. At the end of the day MHA:V deepens MHA.