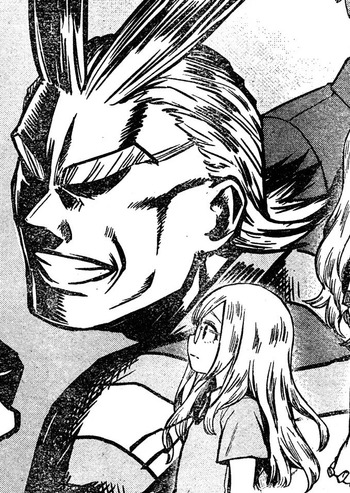 If you're looking for manga similar to My Hero Academia: Kitto Daremo ga Dareka no Hero, you might like these titles.

Five Indonesian teenagers have inherited the power to protect Marcapada; the realm known as Earth, as it is being threatened by an ancient evil entity called Kelana who seeks to destroy life and claim the world for himself. Stealing innocent souls through his minions, it’s up to the heroes to put aside their differences and combine their powers to defeat this ancient menace. Bestowed with powers of ancient spirits from five major islands in Indonesia, these young heroes commads a “Ruh”; a Guardian Animal that guides and protects them on their journey. Together, they are known as NUSA V: The Guardians of Marcapada.