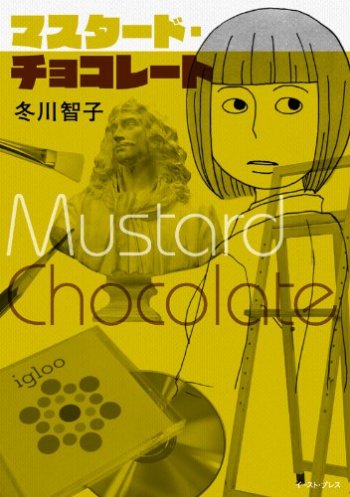 See You in Eden

Oba Tamako tells of her time being at art high school.

Every day is boring, too boring... Until a witch casts her spell on it? Masa, a second-year student at a third-rate art school, draws because he doesn't know what else to do with his life. Then he meets Aoi, an attractive first-year girl, who seems, somehow, like she might be a witch. Will Aoi and her secrets light the fire in the gloomy Masa's heart? Though it doesn't seem much like living, life goes on, as young men yearn only for yearning. Though every day seems so inconsequential, the special spark of that time of life defines what it means to be young.

A Kiss, for Real

Chitose is a high-school girl who lives her life wearing a “mask” in order to be liked by everyone. One day, a boy named Itsuki saves her from a pervert. Unable to forget his eyes, she follows him to an art prep school!! But after Itsuki leads her around the prep school, he sees through her façade … This is a sweet, but sadistic, love story between a mask-wearing girl and a free-spirited boy!

Yukihira Noah decided to follow the one she loves to the art high school Saint Rinnell. And then she will start a love story like those her parents used to tell her...

Follows Sorano Niko, a girl who leaves her hometown in Kagawa, a small prefecture located on the island of Shikoku, to go to Osaka and study at Osaka University of Arts. She is late on her first day of class and meets some unique students, such as the handsome producer Soichiro and the beautiful illustrator Mizuki.

Despite attending a prestigious art school and majoring in Japanese art, Shinagawa finds himself without inspiration or motivation to draw. One day, he meets a male nude model with a beautiful body. Shinagawa begs the man to model for him, but is coldly rejected.

When Yasukuni was in middle shcool, he fell in love with Tomokazu, a transfer student who dreamt of becoming an illustrator. Yasukuni couldn't ignore the shy and reserved Tomokazu. Without knowing first love, the two separated unexpectedly. Seven years later, Yasukuni met Tomokazu again on the day he entered the college of arts. But Tomokazu's reaction is not what he expected. Can Yasukuni convince Tomokazu of his feelings?

The beginning of a love story set in a school for eccentric artists. Kei Onodera, a college student majoring in science starts working part-time as a lecturer at an art prep school. Immediately, he catches the eye of the rough and wild sculpture teacher, Higa Rikimaru!!