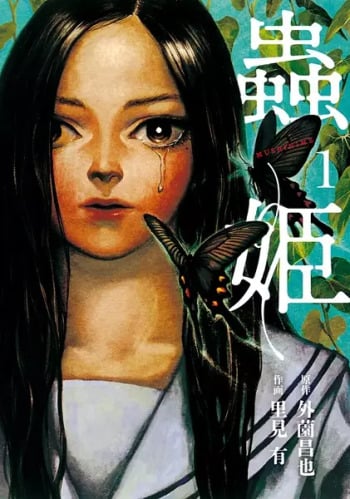 Yuki-onna to Kani wo Kuu

A certain summer day, as the cicadas sing loudly. A man with no money and no place to belong tries to end his life, however is unable to take the last step. While wavering between life and death, he sees a gourmet food program on television, and realising he's never once eaten crab in his life decides that "For my last day on this Earth, I'll eat crab". Settings his sights on the wife who lives in a high-class neighbourhood that he happened across in a library, he forces his way into her home. And thus, he demands money from her, however... things go in an unexpected direction.

Oku no Oku no Mori no Oku ni, Iru

1968. Germany, a Japanese student of a rich family, is about to graduate and marry his girlfriend Clara. But, one day, an UFO falls down their mountain's chalet, shifting their life.

A witch named Baba-yaga lives deep in the forest. If you're a good kid, she might save you on a whim. If you're a bad kid, she'll devour you.

New enemies, new bugs and an even bigger island.

Abused like a slave by everyone at school, and battered by the single mother she lives with at home… That was the girl’s, Endou Himeno’s, everyday life. However one day, a ‘wasp’ that stung the girl, changed her fate. Her fate, and that of humanity…