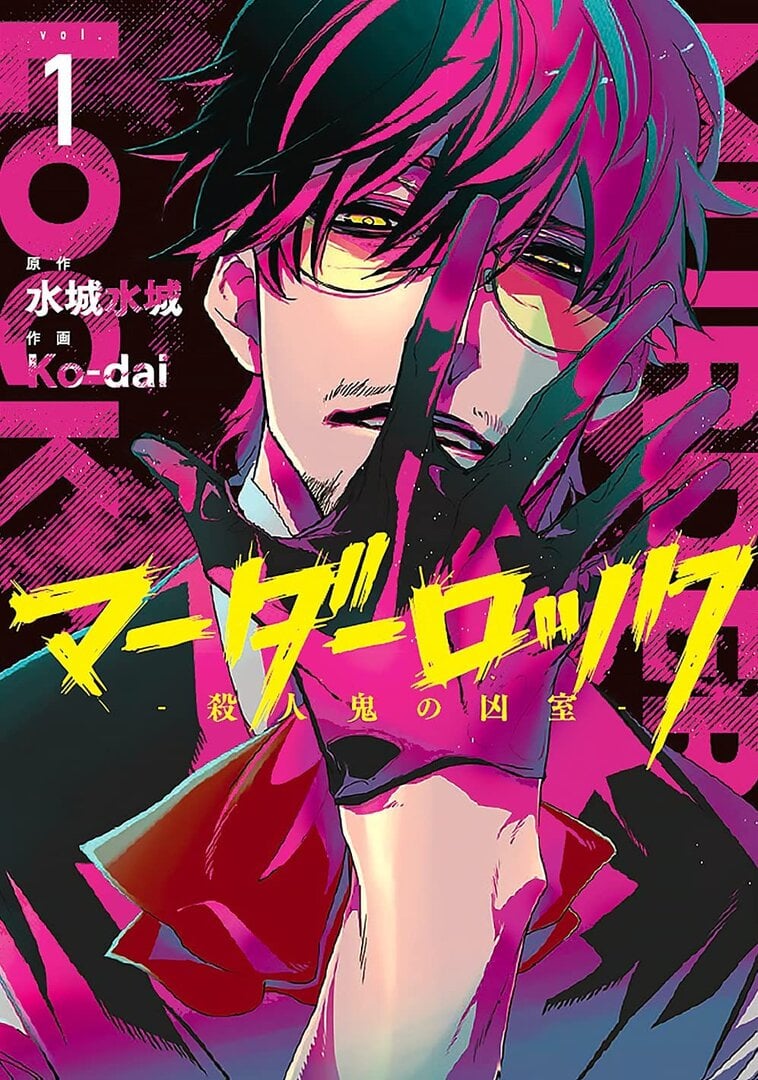 If you're looking for manga similar to Murder Lock: Satsujinki no Kyoushitsu, you might like these titles.

Follows an ugly boy who meets a mysterious girl named Beniko. The pure boy is tempted by the woman, and begins to walk a path of evil.

"There are too many unnecessary people" - A story of destruction dedicated to a certain person who thought such. 25 years old, no money, no job, no girlfriend. Kurokawa, a man absorbed with an anime called "Meromero Melodies" and on the fast track to nowhere in life, grabs hold of a certain ability, "BANG".

Living in poor neighborhoods of Osaka, Kumada watch over his wife and two young children. He is huge and riddled with scars and he works hard, smokes and drinks of sake as if it were mere water, gruff and scary, he talks little. But Kumada deeply loves his family and will protect it at the peril of his life when members of a yakuza clan set on fire to his house to facilitate a real estate transaction. Jailed for the murder of those who failed to burn his people alive, Kumada was released fifteen years later and found his family. He will have to face the distrust of his children who know nothing of their father except that he had abandoned them. But he is determined to regain control of their education, starting with his son, a urchin abused by the tough guys of the district.

When I was spying on her sex scene, she laughed and killed the other man. Kana-san, an older busty beauty. I don't know how old I am or where I am from, but I'm such a kind person who goes out with her. I was satisfied with that alone. One day, I was worried about Kana-san, who wouldn't let me have sex, and I eavesdropped on her. However, I will soon regret it. I may be killed if I have sex too. However, I really like Kana-san ...

The Splendid Days of Queen Ruriko

Queen Ruriko is the owner and queen of Shangri-la, a high class bondage club. Customers with twisted love and various personalities gather there...

Out of nowhere, 99 girls were sent to a large room, where they are inadvertently transferred to the other side of the screen. There, strange creatures live, which begin to hunt the girls who cross the monitor.

He awoke in a cold and rustic room. There were only a door and torture devices inside of it. While he could not yet grasp the situation, a number rose to the surface on the back of his right hand. "I know your pain." The young man figured out that pain and the door were linked, and so he could only endure his own suffering.

In the world of the Scrapyard, citizens play a deadly game called Motorball. Snev is a Motorballer on the pro circuit who is better known as the Crash King since he's never made it past the finish line in one piece. Amazingly, no matter how many times he's crashed, his brain had remained intact; but Snev is haunted by visions of The Marathon Man, affecting his self confidence and his will to win. Soon he is dropped from his team, only to be brought back because the audience cares more about carnage than victory. Will Snev ever find it in himself to win a race?

Can I kill a person as a police officer!? It's been three and a half years since I became a yakuza, and the infiltration never ends. Kanetaka of the Higashi-Sheath Association is a gangster with a strong arm who has climbed up to assistant young head. He landed in Okinawa at the command of the organization and killed his target, Kino. That night, Kanetaka vomits violently. He was an undercover investigator at the Metropolitan Police Department! What is the purpose of Kanetaka's actions!?