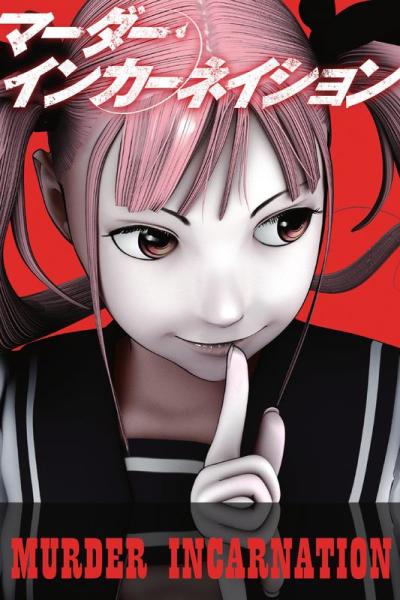 The "dramatic bio horror" manga is set in a world where a new disease is spreading through humanity, one which turns humans into amoebas and slime molds when they are too stressed. Whether someone lives or dies during the process is a roll of the dice.

The students of Kamishiro High-School Class 2-A swore revenge on their homeroom teacher, Takao Nanami. Against her, a fake suicide had been concerted, meant to be played out by one of her students, whose actual death would later sink the class into confusion. Who soiled the water with blood? Skinned of its trust, their friendship became an urge to sate each other’s hunger.

Nanako has died. Her beautiful absentee classmate, Kisaragi Tamiko, reappears at school like she's been born anew. The three girls she 'calls out' are driven into a corner by her almost insane acts, but...What is Tamiko's true goal? Is it really vengeance...? And what is the true identity of 'the thing decomposing' in her house? This mystery unleashes all a girl's confines including bullying, toxic parents, and humiliation...

"May I never be born again." Trying to throw himself off the roof of the school is Ayumu, a boy who lived an ordinary junior high school life until half a year ago. What pushed him to this point? And what is the true ending that awaits...?

Everyone knows that Yugi Nonoka is crazy. Her classmates have ostracized her and her teachers have given up on her. Yet, while Yugi may seem messed to the world, she has a disturbing knack for knowing the messed up crap that other people are hiding. And she has the power to do something about it...

In the depths of the Magamaga Mountain range, dark, mysterious and foul events befall upon those who enter.

When he woke up, he was in a white room with no exits and an oncoming red cube... why?! Who put him there? And for what reason? The person who suddenly appeared before them is he a friend or a foe? He doesn't even believe his own childhood friend.