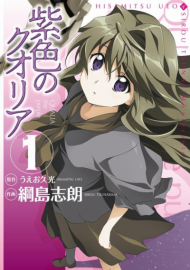 Hatou Gaku has a very odd friend at school named Marii Yukari. Yukari has purple eyes and a bizarre way of looking at the world: she sees all living things as robots. This has not always worked out well for Yukari, even costing her a best friend when she was younger. However, Yukari insists that the things she says she sees is true, and her vision seems to give her insight into the abilities of others. Gaku thinks she's just weird, but she soon realizes that Yukari has unexpected talents. It seems she can fix anything, and even the police come to hear her insights. It turns out that Yukari's purple eyes are not unique in the world! However, there is one important distinction among those who see humans as other objects. Do humans appear as unimportant as objects, or do those objects appear as important as human beings?

What would you do if your close friend told you she sees every person as a robot? Crazy, right? But as absurd as it sounds, Gaku still wants to be Marii's friend and know her better, trying to understand why does she believe so and what's this special aura she possesses. What Gaku doesn't know is that Marii has an unique ability that, because of its absolute potential, is going to bring misfortune to both girls. Plus/minus considerations: STORY: the story can be divided in two parts: the first one is the introduction of the two main characters, Gaku and Marii; this is the part of the manga that fooled me, thinking Murasakiiro no Qualia was going to be a really well drawn SoL shoujo-ai, but it is not the case. The second part shows the real face of the manga: a violent sci fi with quantum physics, time travel and butterfly effect theories. You know how hard it is to "invent" alternative theories for the sake of a novel and, unfortunately, everything you read in Murasakiiro no Qualia is arguably false. But this is the beauty of sci fi and we'll let this pass. The first three panels in chapter 1 give you a hint of what's going to happen, but I did not expect this manga to be this violent: positively impressed, loved this part. I'm not satisfied with the final chapters of the story: it gets a bit too repetitive in my opinion and I didn't like at all how it ended. But this the usual in light novels and manga based on light novels: great ideas poorly developed and terribly concluded. (++) ART: where do I sign to see this artist draw every single manga on Earth? This is simply magnificent. I loved every single panel and I couldn't believe how well this manga fits my description of ideal art style. Perfect score for me. (+++) CHARACTERS: all characters are great. You love how caring Marii is, although she truly believes every single person on Earth is a robot. You like how Gaku goes crazy losing her sanity in a certain part of the story (remember All You Need Is Kill?). Even all secondary characters fit perfectly in the story, Alice is a great example: the more you see how sad she is for what's happening and for the mistakes she's made, the more you take a liking to her. (++) This is a manga I recommend to everybody. Not only it has a little bit of everything (romance, shoujo-ai, sci fi, violence), but the amazing art style and the likeable characters make everything better. If only the ending was written a bit better.. Oh well. I can't write better than this, I'm not going to complain too much.

Murasakiiro no Qualia, or for normal people: Purple Qualia, is not very well known, but in my opinion it’s really a very good manga worthy of some more attention. Because I don’t want to spoil anything, the summary might look a little weird. Story: Purple Qualia tells the story of Hatou Manabu aka Gaku, and her odd friend Yukari. Or at least, odd is what most people would call her, because Yukari claims her purple eyes see everyone as robots, instead of as humans. Her vision also seems to give her insight into the abilities and sometimes even psyche of others. At first, Gaku thinks she's just weird, but as she sees more and more of Yukari's abilities, she can only believe/accept the fact that Yukari sees the world in a unique way. After the introduction, we get some shoujo, slice-of-life, school life and even some possibly yuri romance elements in the story, until a certain event, after which the manga goes in a totally different direction: it becomes a sci-fi story. After a long explanation about quantum physics etc. (and when I say long, I mean really long), we get to some time-travelling with the multi-timelines idea (parallel worlds). Gaku tries everything she can in order to change the past, but the one thing she wants to change can never be changed. After thinking about whether or not there is something like fate/destiny, she gets to her strangest plan yet, which became possible because of the discovery of “the theory of everything” (a formula explaining every force in the universe), but even that didn’t exactly turn out the way she thought it would. I guess what I want to say is: it starts out as a simple slice-of-life manga, but it turns into an intriguing sci-fi. Characters: There are only 4 characters in this manga that are really important for the story: Gaku, the main character. Yukari, the girl with the purple eyes Nanami, Yukari’s first friend, but who doesn’t like Yukari anymore. Alice, a girl genius who wants to take Yukari with her to a place for geniuses Every one of these characters is well-worked out, unique, can be sympathised with and is in one way or another interesting. They all have their good and bad sides, and there is depth to their characters. Another bonus: they all react to things the way actual humans would react, which isn’t always the case in manga. In the second part of the manga, the story is kind of monopolized by Gaku, so she gets the most development (time travel  also resets the characters of everyone else, which is kind of logical). Art: The artwork is acceptable at worst, and pretty at best. I don’t think anyone could give this artwork a bad score. Overall: Purple Qualia isn’t exactly what it seems to be at first, but that isn’t a reason to drop it. This manga gives you an intriguing story, good characters and nice art + moments where the author actually makes the reader think. Definitely recommended for anyone who is looking for a good manga with an intelligent story.

Murasakiiro no Qualia/Qualia the Purple Overall~7/10 Murasakiiro no Qualia is a SoL yuri romance/supernatural mystery turned hard sci fi tragedy. It is told from the perspective of Manabu Hatou highschool girl who through her involvement with Marii Yukihara (a girl who views and can interact with living things as if they were machines) and some intense brainstorming about how such a thing might be possible, gains the power to do just about anything, which  driven by powerful emotions she abuses briliantly as the manga goes through painstaking efforts to use real theories to explain it. Story~6/10 The story was nicely developed, with a solid ending that managed to prod a few feelings. The dialogue is handled well when dealing with the plot, and drama but how they explain things is what will really make or break this manga for someone. Murasakiiro no Qualia takes its supernatural element and investigates/disects it with the findings being the entire driving force of the plot in the second half. While most manga shrug off the explanation of its supernatural element, Murasakiiro spares no effort to explain it using real scientific theories to the point that i hesitate to call this manga science fiction even dispite the fact that one girl can modify human beings as if they were robots. This could be either a huge positive or negative for the manga; The theories used were all the sort of thing 1st year physics students can talk about for hours on end (Quantum Theory, Many-World Theory, Qualia, The Theory of Everything and plenty more) however it was done in a way that feels very exposition-ey even though in reality it is surprisingly similar to how those conversations actually go down, which was really cool at first but after a while was just like reading a particularly interesting textbook and totally eclipsed the other aspects of the manga that were doing so well. Chapter 7 is all over the show, repeating scenes, timeskipping back and forth and then midway grinding to a halt to start explaining the previous phenomina. From this chapter onwards the pacing is aweful because it takes too long to explore all the different theories. Art ~7/10 The art was quite good all around. The characters were interesting, the backgrounds had alright detail and the style worked well. The only negative I have about the art is that the panels with a character talking got quite repetetive and skipped out of doing nice backgrounds leaving nothing interesting to differenciate them from one another. Characters ~9/10 Here is where the manga truly shines. The manga has 3 main characters and each of them were interesting with solid backstories and received tons of development. Manabu Hatou was the main character who started off ordinary and relateable in a world where odd things were happening. She receives the most development because so many things happen to her and her solid morals get put into question as more and more things happen. Marii Yukari is the initial hook for the manga and although she only gets a small amount of development the manga focuses more heavily on slowly revealing what sort of person she is which was quite good. Alice Foyle was the biggest surprise for me, introduced part way through the manga as a spoilt antagonist, she eventually grew into a very deep and interesting character. Minor penalty because other than Nanami Tenjou the side characters were very weak and almost not even noticable.  Secret Santa Review 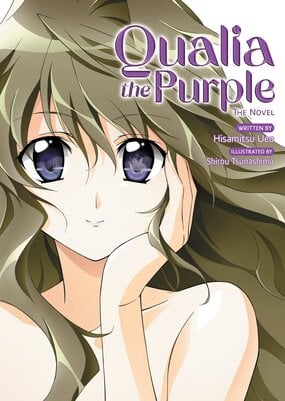