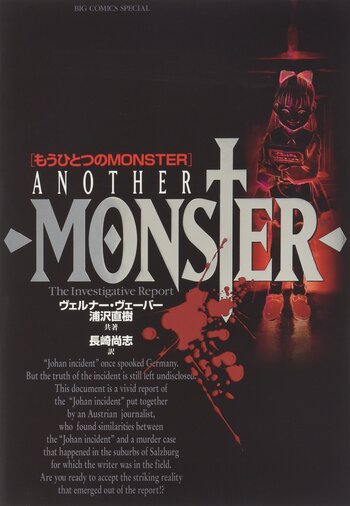 If you're looking for manga similar to Mou Hitotsu no Monster: The Investigative Report (Light Novel), you might like these titles.

High school student Kusakabe Makoto has to work all day to raise money for the treatment of his younger sister, who suffers from a serious illness. The father is unemployed, the mother ran away, leaving the children, bullying at work ... Despite all this, he does not lose hope and continues to live for her sister. But having learned that she did not have long, Makoto falls into despair. Fear of the unknown causes him to take a different look at the value of human life.

Marie is trapped in a horrible situation. She's being constantly tormented by her classmates and regularly molested by her teacher. With nowhere else to turn, she finds herself asking for supernatural help from one of the seven demons of the seven mysteries of her school. All she desires is the death of her cruel classmates and teacher. How far will Marie be willing to go in order to achieve the murders that would free her from her living hell?