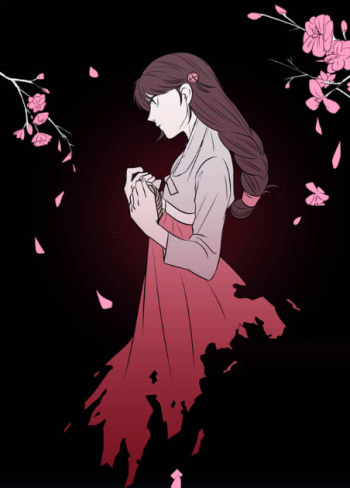 The Playgirl and the Prince

In Izina, a small country on the border, lives Princess Maeve, the rarely seen in society playgirl. One night, when Princess Maeve is searching for her next man, she spends the night with Prince Carlyn of Gourango. However, she soon discovers Prince Carlyn's secret that he is not a prince... but a princess!

The Playgirl and the Prince - Specials

Special chapters of The Playgirl and the Prince.

Taeyi has a reputation on campus for being extremely beautiful but a hard nut to crack. There’s a reason for that. She’d much rather enjoy the company of her toys than other people. She’s had enough of complicated and bothersome relationships with real humans. That is until a certain underclassman, Kim Ha-on, approaches her. After being convinced that she needs a partner to make the most of her new toy, she reluctantly let’s Ha-on in on her fun. But only on a strictly no strings attached basis! Things were supposed to be purely physical but it was only a matter of time before someone started to catch feelings… Will Ha-on become Taeyi’s new favorite toy or just be thrown back in the box with the rest of them?

My girlfriend, who I've been dating for 7 years, is wallowing in bed with another girl, and her dream of the debut has been shattered, so she doesn't have many expectations anymore. A ray of hope appears in front of Ji-an. Received an offer to appear in her program, highly appreciating Jian's self-composed song. Jian is excited about the opportunity to escape from her lover Yoo Won...

Min Do Yeon is an art teacher and is happily engaged to her boyfriend when suddenly he broke up with her thru text. Desperately cried to her best friend Bo Kyung, she was asked by her if she's free and they went to a bar. Little did she knew it was a "Girls Only" bar and there she got drunk and kissed the girl who will change her life.

Get Out of My House!

“The negligence is not the fault of the master but of the servant” Marie, who will be punished in place of the Lady Alex who has no head for studying! As the hem of her long skirt is lifted, her beautiful and porcelain legs are revealed, the whip slashing through the air leaves painfully red marks on Marie’s thin legs. Don’t hit poor Marie. I should be the one to stop it. Huh? What? Something’s strange? Why is my heart pounding?

1946 Choseon (Korea). Beautiful and brilliant Dr. Maria Arden returns to the country of her birth as the medical advisor to the U.S. Army—a stranger in an unfamiliar land ravaged by wars and corruption. There, she meets Dr. Kyeongju Lee, an alluring, mysterious woman shunned by society. Their innocent flirtations turn into a heated, forbidden love affair, as an illegal trade in opium threatens Choseon’s fragile stability. Two outsiders drawn helplessly to each other, but… everything was a lie.